Guys and Dolls - Luck is Still A Lady

London's Savoy Theatre delivers a fitting temporary home to the Chichester Theatre Production of Guys and Dolls. The silver and leather art deco surroundings and reconstructed auditorium provide a pre-show passport to the romantic pre-war world of Damon Runyan's gamblers and hustlers. 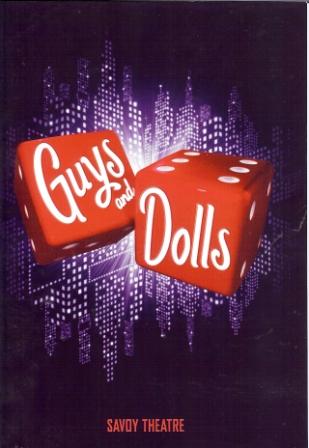 As critic Mark Wolf intimates in the program, this musical fable of Broadway with its lovers, rogues, deceptions and transformations, works so well because it follows centuries of theatrical tradition. Guys and Dolls is like a Shakespeare comedy. With jokes. 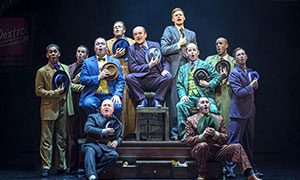 If one word sums up this production, it's joyful. Whether it's David Haig as Nathan Detroit passing out cigars during 'The Oldest Established' or Siubhan Harrison drunkenly singing 'If I Were a Bell' there's an extra charge of energy from the first moment Ian Hughes as Benny Southstreet whacks a flickering lightbulb to bring the set flashing into life.

Harrison, who starred in the ill-fated Tim Rice musical version of 'From here To Eternity', here plays the dedicated Salvation Army Sergeant Sarah Brown who becomes the subject of a bet between Detroit and wandering gambler Sky Masterson. Sarah is arguably the most challenging of the leads because we have to believe in her commitment, and yet she also has to hold her own against the more colourful underworld characters 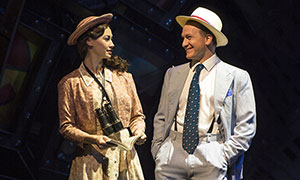 Jamie Parker is an engagingly passionate Sky Masterson, reminiscent of the young Kirk Douglas (if Tim Rice ever decides to make a musical out of 'Ace In The Hole', Parker is the man to play Charles Tatum). Sophie Thompson (winner of the 'Inside Soap' Best Bitch award for her role in EastEnders) is an adorable Miss Adeleide. After 14 years of engagement to Detroit she appears authentically enthusiastic in wanting to believe Nathan Detroit's lies about giving up gambling and wanting to marry her, while still carrying off the more knowing persona she projects as a burlesque singer at the Hot Box Club (I did wonder if the tattoo on her leg bore Detroit's name, but was too mean to shell out for opera glasses to find out). 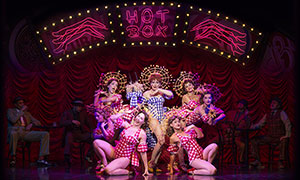 Gavin Spokes manages to escape from under the shadow of Stubby Kaye as Nicely-Nicely Johnson, delivering an energetic version of 'Sit Down You're Rockin The Boat', throwing in some scat singing for variety but still delivering the climax the audience expects (and responded to, the night I was there). Neil McCaul also gives a tougher edge to the thankless role of Sarah's grandfather Arvide Abernathy, which made 'More I Cannot Wish You' encouraging rather than sentimental. 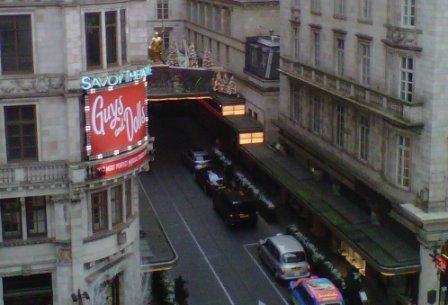 You could argue that Guys and Dolls first appeared, an immediate hit in 1950, and always does best in times of depression.The show works better if the audience sympathises with the feeling of being wiped out and the lure of one big roll of the dice. There are hints of austerity with magnificent stylised sets which will no doubt make travelling easy when Guys And Dolls goes out on a national tour from March 2016. For some reason Rusty Charlie is cut out of the opening "Fugue for Tinhorns number, but the energy of the production certainly had the audience buzzing at the intermission