The Headscarf Revolutionaries by Brian W.Lavery.

Brian W Lavery's fascinating account of the loss of three trawlers in 1968 and the campaign by trawlermen's wives to change the shipping laws tells two compelling stories. The first is the against the odds survival of Harry Eddom after his trawler went down in a winter storm off the coast of Iceland. The second is the decision of a few Hull women to stick their necks out and defy the community for the greater good. 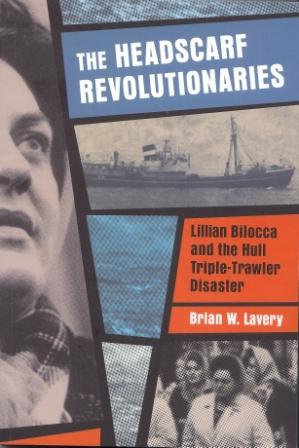 Today it's fashionable to be scathing about Health and Safety culture, but the revolution that Lillian Bilocca and her "army" campaigned for included ensuring that every ship had a radio operator. In 1968 it was still possible for a trawler to sail without a qualified radio operator. When that happened, the skipper would have to double-up as radio man, sometimes with a transmitter that had to be coaxed into life on ships with poor design. At Christmas, when experienced trawlermen wanted to be with their families, ships often sailed with unskilled crews attracted by quick money. Ice was a constant hazard, threatening to weigh down the vessel or put the radar scanner out of action. The ice could only be cleared by a crewman hacking away at it while someone held his ankles to make sure he wasn't swept overboard.

In January and February 1968, three Hull trawlers went down in as many weeks, claiming the lives of 58 men. Lillian Bilocca, employed as a fish skinner ("filleting was men's work") decided to raise a petition to improve safety on the trawlers. "We need to take action, " she said, "I have a bag packed.I'll go anywhere, anytime.I'll board any unsafe trawler in the country to stop an unsafe ship sailing." The publicity resulting from the demands of "the headscarf revolutionaries" stirred the highest levels of Government into putting safety measures into effect. But there is no feelgood factor about the story. Lillian Bilocca was not the sole mind behind the revolution (trawlerman's daughter Yvonne Blenkinsop quickly articulated the safety measures that were lacking and skippers wife Mary Denness ensured that the Hessle Road Womens' Committee was not just a management v labour movement), but she paid the highest price. She was sacked from her fish processing job, and became effectively unemployable. After an appearance on ABC TV's Eamonn Andrews Show (11th February 1968) she received hate mail to rival the venom of internet trolls, "One..signed with an indecipherable scrawl..the ugly flourish of the scrawl gave the impression that its writer could not get the hate on the page quickly enough. 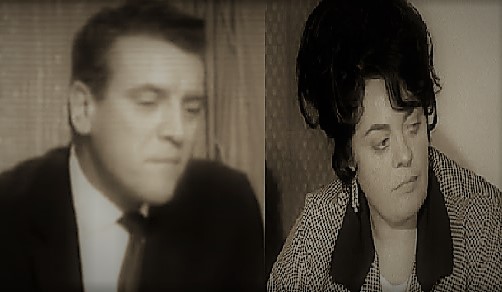 And while safety was improved on the trawlers, no-one could guess that within five years, the fishing industry would be devastated by Iceland's imposition of a 200 mile fishing ban. Nevertheless, we can only speculate how many more lives might have been lost in those five years without the action of the Hessle Road women. The precariousness of the fishing industry underlines the difficulty the women had in demanding change. Skippers were rewarded by how much fish they could catch. Even with a radio operator on board they might maintain radio silence to stop rivals cutting in on a good fishing ground. Fishing was seen as the concern of men. Yvonne Blenkinsop was punched in the face in a restaurant and told to "keep yer fuckin nose out of men's business". But a lot of the opposition also came from women, who thought that the "Headscarf Revolutionaries" were a threat to the industry. Yet set against all these issues is the remarkable story of Harry Eddom. Knocked unconscious by an inflating lifeboat as the sea turned the Ross Cleveland over, he was hauled aboard by two crewmates. After nine hours in mountainous icy seas, the raft was hurled onto a rocky Icelandic beach. By now the only survivor, Eddom began walking through a blizzard to try and find shelter. An incredible story of fate and resilience. This is an incredibly rewarding book, not only for the stories it tells but also for the picture it creates of our recent history - a time when union leaders had grown up fighting in the Spanish Civil War, when men could still be jailed for refusing to sail and reporters could introduce themselves as being, "from the World's Greatest Newspaper.." The Headscarf Revolutionaries Lillian Bilocca and the Hull Triple-Trawler Disaster Brian W Lavery _Barbican Press 2015 ISBN 978-1-909954-14-4