Too Much To Lose by Edmund Ward

"20,000 men earn their livings in my factories. If I go deadbeat they'd be on the dole. It could happen. Before Cooke's chucked in with us they sacked 800." John Wilder.

The first series of The Plane Makers began February 1963 as an anthology of unconnected stories set amongst the background of an aircraft maker. As producer Rex Firkin comments in his memoir, “High Drama” the first series was not a great success; “The fault was that there were no running characters…the viewer needed to be able to follow a permanent cast.” The second series commenced 16 September 1963 as a continuing drama, linked by but not exclusively about, the management of Scott-Furlong.

“We all know that you sell aircraft on politics and skulduggery. After that you sell them on glamour and ballyhoo. And then you trot out the performance figures. So let’s get the ballyhoo over and done with.” At a Scott Furlong board meeting, managing director John Wilder pushes through the christening of the new SF 200 as the “Scott-Furlong Sovereign”. French competitors are due to test fly their new plane and Wilder tells the board they’ve got to fly the Sovereign first.

Works manager Arthur Sugden (Reginald Marsh) has no concerns about the structure of the plane, but test pilot Henry Forbes (Robert Urquhart)- nicknamed ‘Auntie’ because of his cautiousness, is still running ground trials. He tells Wilder that “(over-cautious) is another word for attention to detail”. Wilder demands that the plane flies within two days. Everyone is speculating as to whether Wilder will follow the custom of joining the test flight but he says he will be of more use on the ground. Forbes says there is a good reason behind the custom - it keeps the minds of the managers focused on safety. Wilder's wife Pamela warns him that people will say he's afraid- as they did when he arranged to be in America during a previous test-flight

On the day of the test flight, all goes well until the Sovereign comes in to land. A wheel buckles and Forbes just manages to keep the plane under control. “If it had been anyone else that brought that plane in, it’d have been a complete write-off,” says Wilder. “And that’s the man they call Auntie.” 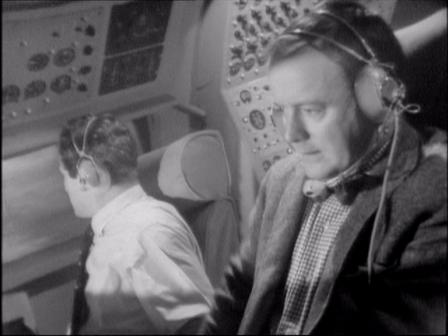 Edmund Ward’s script deftly sets up the situation, introducing multiple characters while carrying through a complete storyline with a dynamic climax. There’s a lot of dialogue explaining the power relationships but it never seems un-natural.

Patrick Wymark and Reginald Marsh are the named lead actors in the title sequence, although the character of Henry Sugden is relatively low-key at this point. Director Quentin Lawrence favours Wymark in the opening scene. When Wilder asks sales manager Peter Humphreys (John Arnatt) for his opinion on naming the plane, the camera follows Wilder as he walks away from the board-table, glances at a large photo of the plane when Arnatt says “SF200” and then walks back to the table to deliver his speech pushing the name of “Scott-Furlong Sovereign” through.

The climax echoes the maiden flight of the Hawker Siddley Trident in 9 January 1962, when a valve failure caused a wheel leg to jam in the undercarriage door. In reality, the Trident was shadowed by two other planes which reported the problem to the flight engineer who improvised a solution, but for the purposes of drama (and possibly because Wilder had pushed the test flight forward) there are no support craft for the Sovereign.

The background to The Plane Makers follows the consolidation of the aircraft industry brought about by Defence Minister Duncan Sandys in 1957 when he announced that Britain’s defence capability would focus on missiles rather than fighter jets. Without lucrative defence contracts, the aviation industry was forced to amalgamate. It became clear that the Government would only deal with groups rather than standalone companies. In order to win the contract for the The Trident airliner(intended for British European Airways) the de Havilland Aircraft Company was forced to join the Hawker Siddley Group.

Ward introduces fellow board members Cooke (Dennis Ramsden), William Keeble (Martin Wyldeck) and Reginald Cunliffe (Tom Macauley), a character who had appeared in two episodes of the first series. Cunliffe in particular thinks Wilder is "an ambitious bully". He and Keeble complain to Chairman Sir Charles Elbertson about Wilder’s ‘steam-roller tactic’. He tells them that, “Before this merger went through, Scott-Furlong had orders, a good brain, no money. You two companies had plenty of investment money and no orders. The merger was automatic. A shotgun marriage had been called with me as parson. That’s why I’m chairman in charge of the money. But I’m a financier. I know nothing about airplanes. Wilder does.”

“So do I” objects Cunliffe. “I know you do. But Wilder was appointed Managing Director.” (As Cunliffe had been part of Scott Furlong it's not clear if Sir Charles is confusing him with Cooke, whose company had to lay off 800 men before the merger.) Despite definding Wilder to his fellow board members, Sir Charles later warns Wilder that his tactics have put him in a difficult position. “If a Board meeting had been called, this test flight would have been a joint decision. As it is, it’s entirely your decision.” Elberdson is played by Lloyd Pearson who is very 'Pickwickian' and also reminiscent of Arthur Lowe in delivery.Like Barbara Murray, Pearson had appeared in "Passport to Pimlico" (playing the bank manager who threatens to shut down Raymond Huntley's branch).

Wilder is shown to have the confidence of the Air Minister (Robert Sansom) who tells Elbertson he's "A very capable man...solid fellow.Not like one of your Flash Harry's. Here today and gone tomorrow with a profit. He's done a lot of good for the industry." It's interesting to note that Elbertson's colleague Lord Teddington (Dennis Cowles) appears at the party congratulating Wilder on the press story about the Sovereign. Teddington would reappear (played by Anthony Sharp) later in the series.

Barbara Murray makes an immediate impression as Pamela Wilder, who is well-sketched by Edmund Ward. She is obviously a competent social hostess in support of Wilder, but as the evening goes on he chastises Pamela over her drinking. She is obviously a trophy wife - at one point Wilder refers to the "chinless wonder" she was engaged to when he met her (could that possibly be Robin Bailey's character who would appear in "The Power Game?)Barbara Murray is distinctly charming as Pamela. 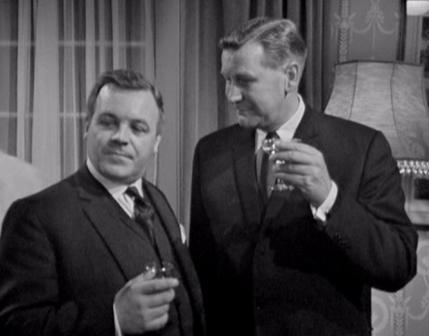 As noted above, John Arnatt plays Sales Manager Peter Humphreys in this episode. Jack Watling, as Don Henderson would not appear until the fifth episode (by which time Arnatt had been cast as Dr Fitzgerald in ATV's "Emergency Ward 10". Arnatt is a heavier performer than Watling - he appears quite sombre in the boardroom scenes and in 1969 would become one of the regular cast ( former detective Sidney Bulmer ) in Edmund Ward’s The Main Chance. Humphreys is however, shown as being indiscrete – he brings his girlfriend Dorothy Minton (Linda Marlowe) to a party that the Minister is attending and Wilder tells him to get rid of her, “This is no time for popsies!”

Intriguingly, Arnatt later chides Wilder for being "a bit rough" on Dorothy, saying she's been "of help" with the customers - "that Swedish chap, for instance." The slightly, sleazy undertones might explain why Arnatt's character disappeared - the theme was picked up in Peter Nichols' episode "A Bunch of Fives" where Don Henderson warns stewardess Wendy Craig to keep pilot Glyn Owen happy during a sales trip.

Like Don Henderson, however, Humphreys knows Wilder well, telling Dorothy, “It’s this merger business…he’s been climbing all his life and now he’s balanced at the top of the tree. One more shuffle, one more hop and he’s perched for good. He’ll earn himself a knighthood. Then he can write his own ticket. Politics, industry, anything.”

The imagery recurs when Wilder tells wife Pamela (Barbara Murray) why he didn’t go on the test flight. “I’ve got too much to lose. Romantic gestures went out with the crusades. I’m at the top of the tree.”

“And you’re afraid of falling, “Pamela chides, “No matter how.” “I’ve never fallen yet,” Wilder reminds her.But as Pamela leaves the room, we see his mask fall as he realises how close he has come to the edge. 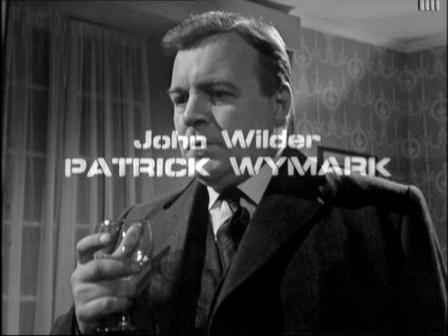 The big selling point for the TV show is the full-sized mock-up of the Sovereign, designed for ATV by aircraft makers Handley Page. The opening sequence shows technicians guiding the airliner as a tug pulls it off the tarmac, into a hangar. The mock-up couldn’t fly, of course, but tricky camera work gives the impression that it taxi’s under its own steam and director Quentin Lawrence delivers maximum thrills at the climax with a combination of model shots and tight camerawork in the cockpit and control room sets.