The title sequence of The Power Game is one of those rare examples that not only serve as a curtain-raiser but also sum up the theme of the show. The Plane Makers has opened each episode with the planes they were making, but The Power Game had to be different. The show was now about John Wilder (Patrick Wymark) and his conquest of the road-building business.

Early on, ATV's intention seems to have been to promote both Wilder and the road building business. British TV generally seems to have believed that, only in the direst cases, should you show the actor's faces but Patrick Wymark had won the best TV actor award. And there were precedents for showing the lead actor (such as Rupert Davies scratching a match against a wall in the BBC's Maigret . So an early (or alternate) title sequence was put together. 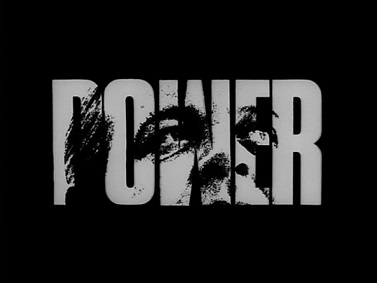 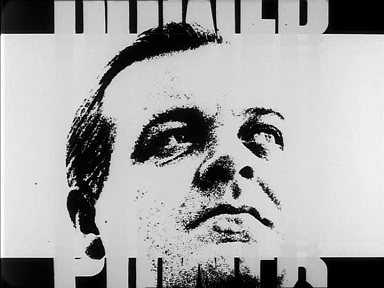 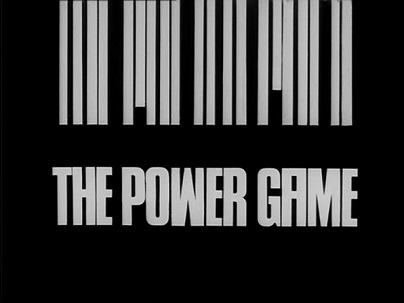 Backed by a relentless 'big band' theme, similar to the music Laurie Johnson was composing for The Avengers the first title sequence combined shots of Wymark in the back seat of his limo and striding through Whitehall, against animation of road signs, the Bligh Construction symbol and computer punch cards. It would have sold the idea well, but thankfully they didn't settle for it. 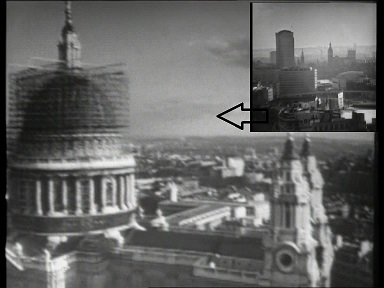 The finished titles open against the fanfare of Wayne Hill's theme on the Westminster skyline, and then sweep across London to St Paul's Cathedral. The camera pans down to pick out a man striding across Paternoster Square.. only recently reconstructed after the devastation of the Blitz and therefore juxtaposing the ancient London of Wren with the modern London of the 1960's. Patrick Wymark's caption shot finds him looking up at the dome of St Paul's, covered with scaffolding to replace the lead beneath the dome, but also symbolising construction as the title card flashes up. 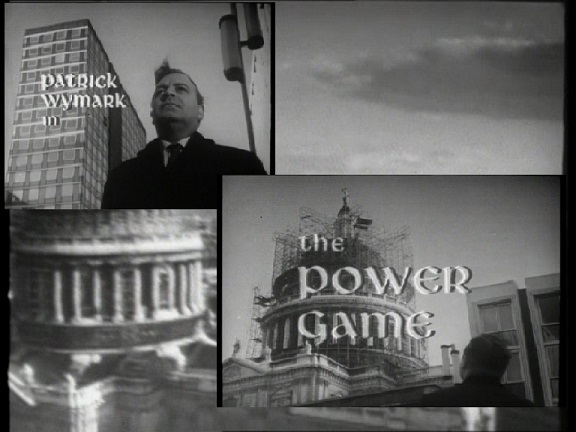 This is the heart of the City. Bligh Construction is located in one of the neighbouring modern office blocks, the Stock Exchange, Elberdson's Merchant Bank and Fleet Street (home of The Globe newspaper) are nearby. But now, Barbara Murray as Pamela Wilder approaches from Wymark's right. He fails to acknowledge her, fixated on his distant purpose, even though she gazes intently at him. 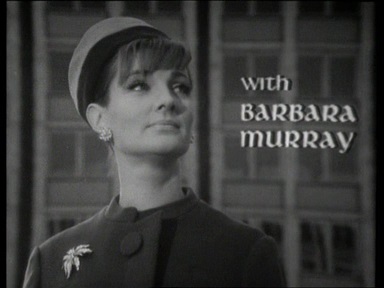 In quick succession we see Rosemary Leach as Susan Weldon, directly opposite Wilder, but also ignored by him. She blinks desperately against the wind, giving an impression of fragility that was probably a happy accident of the weather on the day they shot the sequence. Next we see Peter Barkworth as Kenneth Bligh. Wrapped up in his bowler hat and cashmere coat, he looks part-turtle, part schoolboy dressing up in his father's clothes, yet also has the slight smugness of the only one dressed appropriately for the weather. 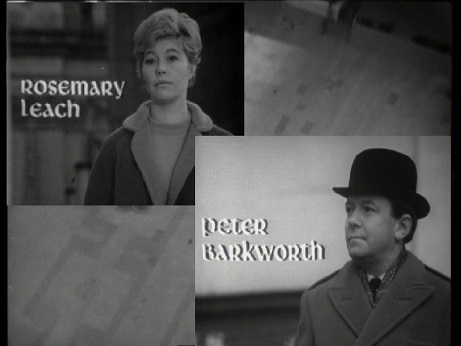 In the final episode of The Plane Makers Pamela Wilder characterised Wilder and his adversaries as, 'all shuffling round the same board. Manouevring. They'll all become old men without ever once getting off the board.' The placement of the actors in the title sequence, backed with the martial rhythm of Hill's theme calls that image to mind ...chess pieces, all frozen by their own particular drives and ambitions without ever connecting. 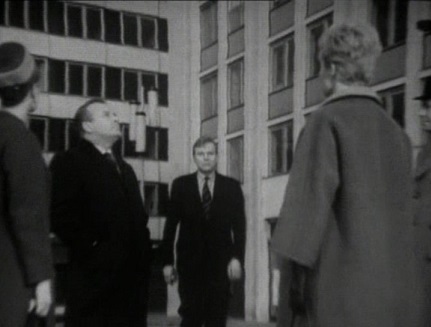 Finally, here comes Jack Watling as Wilder's faithful aide Don Henderson. Producer Rex Firkin was pleased to get an actor of Watling's comic talents in the role, and you can almost imagine him getting a round of applause as he walks on, like Gale Gordon as Mr Mooney in the Here's Lucy TV show. Watling seems to fix Rosemary Leach with a cynical smile as he approaches. 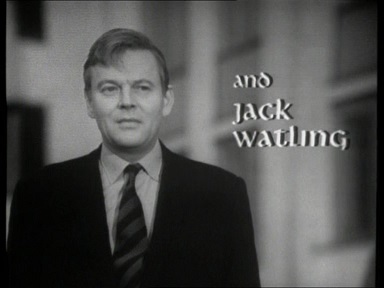 The sequence goes back to an overhead shot for the episode and writer credits as the characters all walk off back the way they came. But then, there's a final shot of Clifford Evans as Caswell Bligh, watching from the cover of a nearby doorway 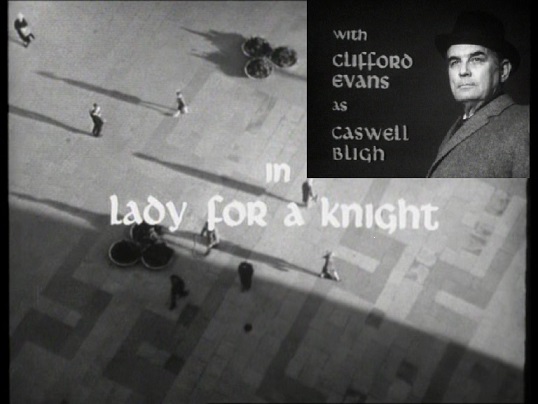 Was Evans busy when they shot the title sequence? Or had his agent seen Lost In Space with Jonathan Harris' Special Guest Star credit? Certainly placing Evans at the very end of the title sequence tends to counter-balance Wymark and establish Bligh as a true opponent for Wilder. 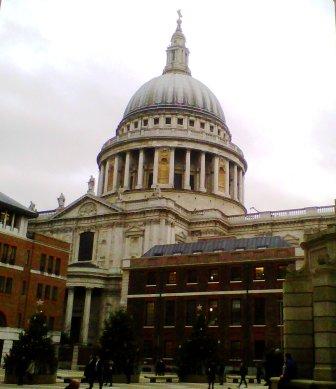 If you visit Paternoster Square as we did in 2015 for our Power Game Titles Recreation, you will find that, with some irony, the modern 1960’s office blocks that replaced the bombed mediaeval streets were themselves replaced in the early 21st Century by a controversial new development. With more irony, in 2004 the Stock Exchange moved from Threadneedle Street to modern offices in Paternoster Square. The power symbolism is even greater.