Who knows what hidden gems are on DVD...?

The Shadow Russell Mulcahy's controversial 1994 movie about a supernatural crime fighter was re-released in 2015 as a "collectors edition" DVD/BluRay from Medium Rare. The film may have been considered a failure by Universal Studios, which hoped it would be the start of a movie “franchise” and also annoyed admirers of the character. But I admit I love this movie. Its virtues outweigh its sins. 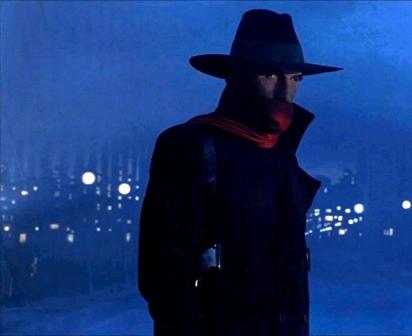 The most dedicated fans of The Shadow follow the series of “pulp” magazine stories written by Walter B Gibson during the 1930’s and 40’s but I first came across “The Shadow” in Dennis O’Neil and Mike Kaluta’s 1970’s DC Comics. The romantic 1930’s adventures depicted a small band of undercover agents fighting crime under the direction of a hawk-nosed black cloaked phantom. Despite the art deco setting, The Shadow reflected a contemporary 1970’s taste for vigilante heroes ( as Jim Steranko said, “The Shadow doesn’t believe in the death penalty. He is the death penalty”). 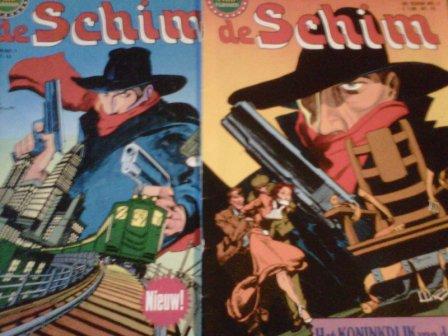 Inspired by the comics, I searched out more “Shadow” product but was confused to come across the 1960’s Belmont novels in which he tackled a T.H.R.U.S.H style secret spy organisation, the 1960’s Archie Comics in which he was a costumed superhero, and a radio script reproduced in an anthology called “The Great American Detective”, in which Lamont Cranston was a Peter Wimsey-style detective with the ability to hypnotise villains into believing he was invisible. It wasn’t until New English Library began reprinting Walter Gibson’s original 1930’s novels that I found the authentic Shadow.

For many viewers the first big problem with the 1994 movie is the origin of The Shadow presented by scriptwriter David Koepp (Jurassic Park, Carlito’s Way). The movie opens in Tibet with Lamont Cranston (Alec Baldwin) as the corrupt leader of an opium peddling gang. With commendable brevity, Cranston is kidnapped by the servants of a Tibetan mystic, who proposes to use his powers of mind control to help Cranston control the darkness within him.

While contradicting the origin of The Shadow in the pulp magazines, Koepp’s version does reflect aspects of origin stories given in the 1940’s Shadow comics and Howard Chaykin’s equally controversial and nihilistic 1986 mini-series for DC Comics. With the revelation that villain Shiwan Khan (John Lone) is a failed project of the Tibetan mystic, the movie also takes on overtones of Marvel Comics’ Dr Strange( who battled Baron Mordo, evil student of his Tibetan mentor the Ancient One) overtones realised during a scene where Khan concentrates on the pattern of a wall tapestry and the pattern stretches out towards him like something Dr Strange creator Steve Ditko would draw. 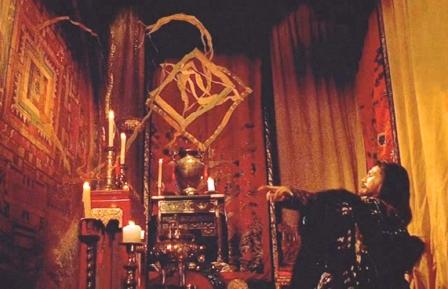 For those who know the standard continuity of The Shadow from Walter B Gibson’s magazine novels, this tampering with his origin can be a major irritant. But The Shadow has always been nebulous; a dream or a nightmare shaped by commercial demands. The Shadow started out as a radio drama narrator, something like the BBC's "Man in Black", created to promote a crime magazine from publishers Street & Smith. When readers started asking for a magazine featuring The Shadow the publishers hired magician Walter Gibson to give life to the voice. Under the house name of Maxwell Grant, Gibson spun tales of the black clad phantom waging war on criminals. If it owed something to Dracula and The Count of Monte Cristo, The Shadow also inspired a new genre of magazine and comic book followers such as The Phantom Detective and Batman and arguably also set the template for the Mission: Impossible TV show.

Ironically, the popularity of the magazine generated full-blown Shadow crime dramas on the Mutual Radio Network. Whereas Gibson’s novels showed that Lamont Cranston was just one of many false identities used by former war hero and undercover agent Kent Allard, the radio series had to go for simplicity. For the mass audience Lamont Cranston , aided by girlfriend Margo Lane, was The Shadow – a detective using powers of mind control to “cloud men’s minds”. The popularity of the radio show eventually forced Gibson to backtrack on earlier novels ( which suggested that former aviator Kent Allard was the Shadow) and concede that Lamont Cranston was the real identity of the cloaked crimefighter. 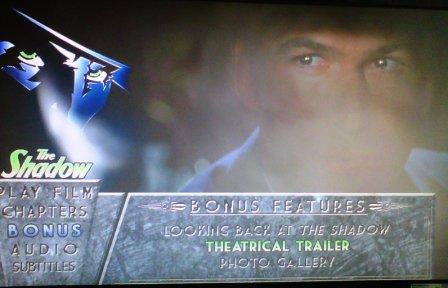 Like the then-recent “Batman” movie, “The Shadow” pulls together different aspects from the characters’ history to create a new myth. In the movie, Lamont Cranston uses the power of his mind to warp his features into the characteristic carrion face of The Shadow. He is able to “cloud the minds of men” although in one scene his silhouette is pinned to a wall by a crossbow bolt, and the Shadow eerily morphs and materialises, shrugging off the cloak which remains pinned to the wall.

Alec Baldwin immaculately embodies the sardonic hero, archly capturing the commanding delivery of Gibson’s novels (“I’ve saved your life”, the Shadow tells Dr Roy Tam (Sab Shimono) early in the movie, “It now belongs to me. “ This echoes The Shadow’s orders to new recruit Cliff Marsland in the novel Mobsmen On The Spot ; "It is not your task to kill.. it is your task to wait and to obey." )

Fans of the novels may also be confounded by the pragmatic use of Margo Lane (Penelope Ann Miller) which departs from her literary origins but ironically puts her more firmly at the heart of the movie. Not only is the movie Margo psychic (making her a romantic equal to the predatory Cranston) she is also the daughter of scientist Reinhardt Lane (Ian McKellan) who is kidnapped by villain Shiwan Kahn (John Lone) in order to use his prototype atomic bomb to blackmail the city. Kahn, who appeared in four of the original novels is portrayed here as evil incarnate. Instead of trying to destroy The Shadow , Kahn tries to tempt him back to the way of darkness; “I would sooner destroy a Rembrandt than kill you” he tells Cranston.

As the new documentary on the disc explains, the film was made at the cusp of the CGI revolution and therefore combines accomplished CGI trickery with more traditional live effects and stunning matte shots by Robert Stromberg. Stephen H Burum’s imaginative cinematography is combined with the sumptuous and intricate set designs by Joseph Nemec (“ a master of layering and technique” according to Burum) to recreate the look of old Hollywood. Burum himself masterminds several tricks of light and shade to realise the battle between good and evil (Cranston’s use of the power to cloud men’s minds is visualised by shadows obscuring Baldwin’s face, for instance, while Margo Lane talks to her father about the effect Cranston has had on her while spider-web patterns play over the ceiling.

The film also features one of the most intricate and inventive scores of Jerry Goldsmith’s career. The main theme combines French horns and keyboards with eerie electronic wailing and swooshing to evoke both heroic determination and supernatural stealth. Kahn and his Mongol warriors are backed by Taiko drums, metallic percussion and marching woodwind. Goldsmith’s score is dense and layered, driving the story forward and matching the visual glamour of the settings. Among the many stand out scenes is an inspired sequence where an agent of The Shadow delivers a message through the letterbox of the office of B Jonas (from the very first issue, The Living Shadow)and then follows the message as it is hurled through a pneumatic tube, twisting and turning along the side of skyscrapers to the accompaniment of Goldsmith’s soaring orchestra until the tube converges with hundreds of others in the lair of Burbank (Andre Gregory)the Shadow’s communications operator.

The film has an archness that upset some ( Commissioner Barth is played by comedian Jonathan Winters, while Peter Boyle portrays Shrevvy, another agent of The Shadow, with a manic humour) but it is also ingenious. The scene where Cranston admiringly realises the full scope of Kahn’s plans and powers, accompanied by Goldmith’s elephantine trumpets and some ghostly visuals is a delight. With the knowledge that Orson Welles once played The Shadow on the radio, the climactic battle between Kahn and Cranston evokes the “Hall of Mirrors” sequence out of Welles’ “Lady From Shanghai”. Even a scene of Cranston walking across a street reveals an intricate matte painting by Robert Stromberg of 1930’s Times Square. And the final defeat of Khan is both unexpected and fitting. The fact that “The Shadow” failed to generate a “franchise” should not be held against it. “The Shadow” is a film which repays repeat viewing.