So Much Owed to So Few

Patrick Wymark played Air Vice-Marshal Trafford Leigh-Mallory in the 1969 movie The Battle of Britain. Leigh-Mallory was Air Officer commanding Number 12 Group, flying out of the Midlands in the fight against the Luftwaffe. Produced by Harry Salzman and S Benjamin Fisz, and directed by Guy Hamilton, The Battle of Britain took on the mammoth task of dramatising the sixteen week airborne war of attrition in 1940 by Hitler’s airforce. Although some model work was employed, many of the aircraft seen in the film are vintage warplanes that the film-makers sourced and made flyable. This ensured not only that the flight sequences still look credible (because they were real) but also that some of the aircraft still fly today at air shows. 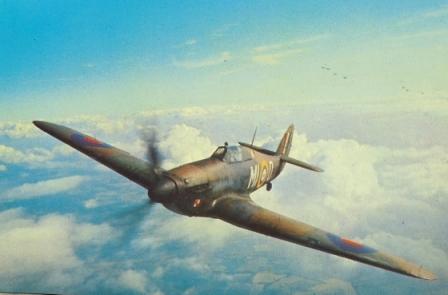 The initial screenplay by James Kennaway was re-written by Wilfred Greatorex (who had script edited both The Plane Makers and The Power Game) in an attempt to portray The Battle of Britain as a dramatised documentary.Great British Knights such as Olivier and Richardson speak lines which are often dramatised commentaries on the progress of the War.

While real-life commanders and politicians are depicted in the movie, Churchill and Hitler are only shown as remote figures. No attempt was made to portray actual fighter pilots and the characters are anonymous with their names used sparingly. While Robert Shaw is credited in the publicity as “Squadron Leader Skipper”, this appears to be just a nickname used once in the movie by an engineer. Actors such as James Cosmo and Edward Fox appear in the opening Fall of France sequence and recur throughout the movie, but they were not well known at the time. I can recall being bewildered when I first saw The Battle of Britain at the cinema because there was no recognisable continuing character to take us through from the opening sequence to the climax. Even when stars such as Michael Caine and Christopher Plummer appear, the authentic masks and goggles make it difficult to recognise them during the flying sequences. The death of Caine's character is particularly obscure and we only realise from the shot of his dog waiting on the runway that it was his plane we saw blow up.

(Caine wanted to appear in the film as a favour to Harry Saltzman and because the Battle of Britain was part of his history as a boy growing up in London. However, his few scenes had to be show-horned into his committments to another movie. Nevertheless, Caine did also have time to narrate Paul Annett's promotional documentary - The Battle for The Battle of Britain (included on the DVD)- which not only gives a behind-the-scenes view of the movie but also shows the sights and attitudes of London as it was in 1969.) 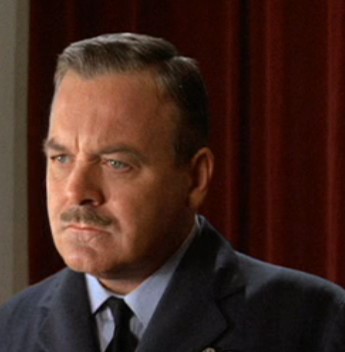 Ian McShane gets a memorable sub-plot on a home-front visit to wife Isla Blair(the devastated London streets were fortuitously recreated by the local council demolishing Victorian terraces as part of a re-building programme. Barry Foster also has an amusing scene as the irascable flight instructor of eager Polish trainees. Ironically, the star who probably comes off best out of The Battle of Britain is Susannah York, as WAAF Section Officer Maggie Harvey. Her storyline with Christopher Plummer threads through the movie, illustrating the work of WAAF's (as she tells Plummer, she's not suited to waving a handkerchief at railway stations). York also gets one of the emotional highlights of the movie in a tension-busting exchange with Michael Bates. 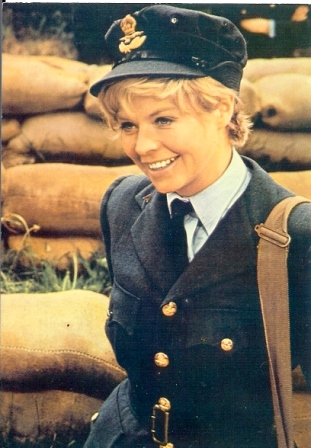 As noted above, Patrick Wymark plays Leigh-Mallory, who was in conflict with the commanding officer of the southern-based Number 11 Group, Sir Keith Park (played in the film by Trevor Howard). Park and his pilots continually complain that Number 12 group’s “Big Wing” tactic is too slow to assemble and allows Park’s airfields to be attacked while his planes are off pursuing enemy bombers. Leigh-Mallory is foreshadowed by these criticisms but only appears in once scence. Arguing in front of Sir Lawrence Oliver (as Sir Hugh Dowding) Leigh-Mallory tells him, “I’d rather destroy fifty after they hit their targets than ten before.”

Some have suggested that the portrayal of Leigh-Mallory (who died during the war) was influenced by Dowding (who was an advisor to the film makers), since Leigh-Mallory eventually supplanted both Park and Dowding.

Wymark portrays in the John Wilder mode, defensive at first and then rounding on Park with controlled aggression as he explains his calculating tactics. In contrast, Trevor Howard portrays Park landing at airfields in buccaneering style, leaping from his plane in a gleaming white flying suit. Some commentators have taken this to show that the film was skewed against Leigh-Mallory, but it's possible that the film-makers actually cast Wymark to exploit the associations with his TV character and that this illustrates the contrast between Park’s combat experience and Leigh-Mallory’s background in logistics and more aggressive tactics. Whatever the motivation Wymark holds his own against Trevor Howard (just as Leigh-Mallory did in real-life). 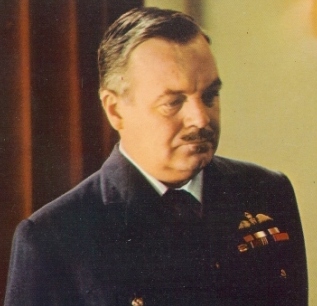 The movie reflects the true progress of the "battle", so there is no climactic victory as such – the Germans just stop attacking and we see the British pilots on their airfields, watching an empty sky. The dramatic climax of the movie is the frenetic montage sequence patched together by the editor and backed by Sir William Walton’s majestic “War in the Air” theme.

(The majority of the movie was scored by Ron Goodwin, whose soundtrack is often in demand at airshows and military displays. Private Eye recently (issue 1400) reported that BBC South East had recently covered the Biggin Hill flypast of Spitfires and Hurricanes to mark the 75th anniversary of the actual battle accompanied by Goodwin’s score. The BBC confirmed to a viewer that, “Our team was asked for the Battle of Britain theme from the film and unfortunately took that to be the opening music to the film which, as you rightly point out, is the ‘Luftwaffe March’. I hope it did not spoil your enjoyment of the occasion too much.”)

It's hard to say whether "The Battle of Britain" succeeds as a movie - if it feels disjointed and confusing at times, it does effectively portray the outline of the Battle - and as "event cinema" it's hard to beat