Playhouse presents Top of the Ladder

Patrick Wymark plays Bertie, a ruthless businessman, lying on his deathbed. While reviewing his life, he is visited by people and events from his past. He confronts his fear and resentment of his father, and searches for the key to a box which contains hidden treasure. 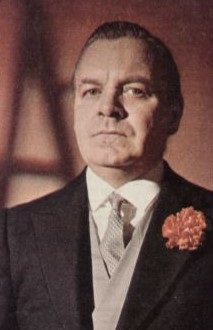 "Top of the Ladder" was the only play written by distinguished stage director Sir Tyrone Guthrie. Premiered at the St James Theatre in 1950 with John Mills in the lead, "Top of the Ladder" was judged a "prestigious flop". The TV play was adapted and directed by Cyril Coke. The production followed Guthrie's intent, with isolated props presented against a blank background. 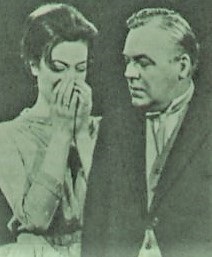 Guthrie intended the play to "drive at the emotions by means of a logical sequence of images, rather than a chronological sequence of events." Viewing events in his office, regressing to childhood in his nursery, and going forward to his adult home, Bertie interacts with his family and friends. He receives humorous advice from his valet, and commfort from his mother.

Like "Citizen Kane", the play deals with a man who has used determination and ruthlessness to get to the top, while remaining unable to throw off a deep-rooted obsession. Unlike Kane, Bertie at least receives some comfort in seeing that his son (Julian Holloway) maysucceed where he failed.