“Bancroft’s Law; The risk to the head of any department grows in direct proportion to the ability of your most talented assistant.” Don Henderson 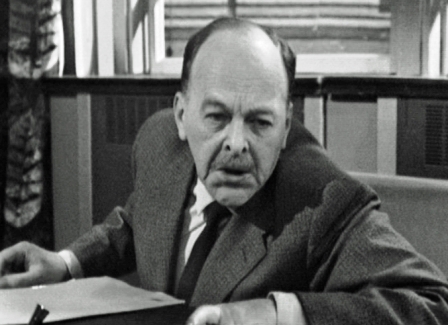 Metallurgist Adrian Cantlow (Derrick Sherwin) has devised a new test which suggests the thrust reversers on the Sovereign will succumb to metal fatigue within three years. His report has been sitting on the desk of technical director Tom Bancroft (Douglas Muir) for weeks, so Cantlow takes matters into his own hands and phones the sub-contractor, Crane Wescott.

Bancroft asks Arthur Sugden to reprimand Cantlow for exceeding his authority, but when Sugden learns about the report and Crane Wescott’s Gordon Vallin (Jerry Desmond) supports Cantlow’s findings, Bancroft is left desperately trying to recover the situation before Wilder returns from the Bahamas.

This episode marks the final appearance of Douglas Muir as technical director Tom Bancroft. Ironically, although he plays a central role in the story and the episode is named after the character, Douglas Muir does not make the opening credits. However, there were obviously no hard feelings as he would reappear as a hard-edged Government Minister cutting a deal with Wilder in the second series of ‘The Power Game’.

From his first appearance in ‘A Question of Sources’, Muir (who had previously appeared as Steed’s brusque chief, ‘One-Ten’ in The Avengers) was able to give a rounded portrayal of the character, deferential towards authority, and always willing to downplay the achievements of his staff. Revived by David Weir in December’s “How Do You Vote”, the character was briefly put under the microscope in last week’s “A Matter of Priorities” when he was defined by Wilder as a man struggling to keep his position. .

This episode underlines the fact that not all workplace politics is carried out by the smooth and agile. Bancroft comes across as blinkered and ineffective, only really bursting into life when he realises that he has to protect his position. Nevertheless, once he does suspect his own job security is at risk, Bancroft responds magnificently, shifting the blame onto subordinates and seeking to shunt Cantlow out of harm’s way.

Cantlow is played by Derrick Sherwin, an actor who had appeared in two of the Edgar Wallace film series and would go on to play roles in series such as “The Baron” and “The Men From Room 13”. , Sherwin had a parallel career as a writer and would later move behind the camera, producing “Doctor Who”, and “Paul Temple”. Cantlow is similarly multi-faceted. Just as his single-mindedness seems to be justified, we see him berating an elderly lab assistant as incompetent and worthy of the scrap heap. Sugden reminds Cantlow that, “We’ll all be 60 someday” and suggests that he learns to make allowances. Sadly, in the 21st Century, the Cantlow viewpoint seems to be in the ascendant.

Geoffrey Stephenson was a staff director for ATV who worked on many episodes of “Emergency War 10”. ‘Bancroft’s Law’ is his only credited script, but it moves along at a fine pace, juggling several themes, including the question of how best to react to the engine flaw exposed by Bancroft. Jack Watling evokes the terror of middle management as Henderson, left in charge of the factory, must decide how to react. His relief when telephoning the quixotic Wilder, and realising that he has made a decision Wilder approves of, is a joy to behold.

Although not filmed live, it was still expensive to cut the videotape recordings at the time of “The Plane Makers”. So the actors soldiered on as if it was live. In one scene, Sugden picks up his phone and the ‘works’ fall out of the mouthpiece. Reginald Marsh calmly pushes the bits back inside the phone and holds them in place as he speaks 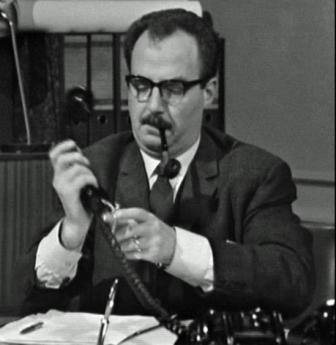