A rare charitable gesture exposes Wilder’s relationship with Susan Weldon. As Caswell Bligh attempts to capitalise on his discovery, Wilder pushes forward with a contract bid that could provide evidence for Bligh’s accusations.Wilder and Caswell Bligh are leaving a National Export Board meeting, when Wilder spots a traffic warden waiting to put a parking ticket on Susan Weldon’s car. Wilder rushes over and puts another shilling in the meter before it expires. Don Henderson, waiting in the back of Wilder’s limousine, warns him that he’s becoming reckless. Caswell asks why Wilder should make such a gesture for a lowly Civil Servant and tells Colin Townley (James Maxwell) that he suspects Susan is passing restricted information to Wilder. Although Townley attempts to downplay the suggestion, Bligh’s suspicions interest “The General” (David Langton) who deals with security. The General introduces Bligh to Mr Hartley (Nigel Green) who is interested in the wider area of corruption. 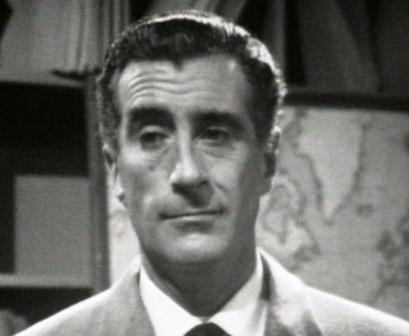 Wilder and Henderson have been secretly compiling a bid for the construction of the Kawanderi Dam. Ken has been chasing a separate dam contract in Africa, but Wilder expects this to fail. The tender will be hand-delivered by Desmond, a Bligh employee who Wilder has primed. Wilder instructs Henderson to tell Ken that their bid is guaranteed to be 3% lower than any other bid, expecting Ken to goad his father that Wilder has beaten him on his own ground – the Export Board. Bligh says the only way Wilder could guarantee the lowest bid would be if he got details of the competing bids from Susan Weldon. Bligh cables Desmond to withdraw the bid saying he doesn’t want the firm dragged down with Wilder and then passes the tender document to Hartley.

Wilder receives a cable from Desmond confirming that Caswell’s attempt to cancel the bid has been ignored. Meanwhile, Susan has been ordered to attend an interview with Hartley. Colin Townley attempts to warn off Wilder pointing out that in a relationship like this, “the Civil Servant, having signed the Official Secrets Act is vulnerable.” Afterwards, Wilder meets with union leader Ted Newark whose father was a friend of Bligh's. He learns that Caswell briefly joined the British Union of Fascists during the 1930’s before returning to the Labour party.

Wilder meets with Hartley and reveals that the copies of the tender given to Ken and his father have been filled in with meaningless figures. The actual tender is blank, and Wilder has arranged that the African Minister receiving the bids will fill in a figure 3% below the lowest bid. Hartley passes on the explanation to the General who says Wilder had passed on the information about Bligh's BUF membership in retaliation. Bligh’s dossier supports the story that he left the Fascists when he realised what they were about. The General decides to take no further action. He says that Wilder and Bligh can tear each other apart but “Not with my weapons”. 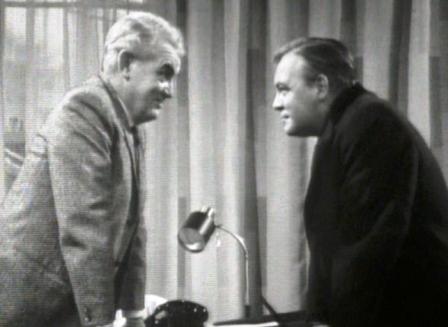 Wilfred Greatorex delivers a script which would almost be at home in “Mission:Impossible” or “Hustle” with the whole episode being a well-concealed exercise in misdirection. Underlining just how much attention was required of viewers in the 1960’s, this episode was never repeated after its original transmission, but a second viewing on DVD allows the viewer to see just how well the Bligh’s have been roped in. When Don Henderson, having watched Wilder put a shilling in Susan Weldon's parking meter, chides Wilder saying he might as well wear a placard, he's unwittingly put his finger on exactly what Wilder is doing. Viewed with that knowledge, the inevitable effect on Susan of Bligh's suspicions only underline Wilder's ruthlessness.

Rosemary Leach again depicts Susan Weldon as a heart-breaking mixture of perky defiance and convincing self-destruction. Townley tells Bligh that Susan is not “some naďve child from the typing pool. She has a first class honours degree in economics and could debate most of our board under the table if she put her mind to it.” But when pleading with Wilder to marry her, she says that while being man and wife would not be a defence in law, it would make what she is doing justifiable to herself. 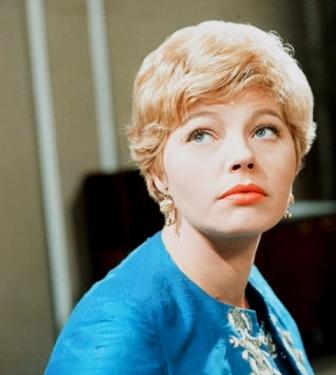 Director Peter Collinson (The Italian Job) attempts some ambitious effects with the studio cameras. He punctuates one scene by zooming in on “The Penkovsky Papers”, a 1965 book about a KGB double agent who passed secrets to the West. He also illustrates Susan’s desolation when under investigation with film sequences of Rosemary Leach walking forlornly through a rainswept Parliament Square. Finally, a silent studio sequence shot looking in through the “exterior” window of her flat, shows Susan returning home, enclosed by the bars of the window frame and then finally looking out of the window, reacting in terror to something she sees below (a real, or imagined,watcher – we never see).

One effect does not come off quite so well. Susan is talking to Wilder in the kitchen saying she doesn’t want to go out for a meal because she’s got paperwork to do. Wilder returns to the living room and there is a close up of her briefcase next to the soda siphon where he attempts to refill his whisky glass. Unfortunately, as Rosemary Leach shouts “See for yourself, I’ve got a case full of stuff to get through” the glass overfills and splashes soda over the briefcase. Patrick Wymark grunts and attempts to brush the soda off the briefcase before returning to the kitchen.

Nigel Green gives a suave performance as Mr Hartley. In the previous year, Green had played the humourless Dalby in “The Ipcress File” but Hartley is more laid back. Although employed to root out corruption, his boundaries obviously end at the English Channel. While Wilder does not admit to bribing Aduba with the Ł25,000 taken from Bligh’s “Information Account”, he does answer Hartley’s question by saying, “Stick to your job, it’s got a pension.” Green had also appeared in 1965’s “The Skull”, as the detective investigating the death of Marco (Patrick Wymark) and as Nayland Smith in “The Face of Fu Manchu”.

James Maxwell delivers another effete performance as Townley, the effete Secretary of the National Export Board who finds the confrontations resulting from the worlds of business and security so distasteful. However, it also becomes clear that behind his deicate phraseology, Townley is determined that there will be no ripples in his pool.

There are several references to the final episode of “The Plane Makers” – Henderson warns Wilder not to underestimate Bligh like he did with Corbett (“Corbett was lucky” Wilder responds). In a confrontation with the Blighs, Wilder says he does not involve himself in lost causes and Caswell reminds him about the VTOL (“That was not John’s fault” Henderson interjects). Later, Wilder says Henderson has developed bad habits under Corbett (“You’re becoming more argumentative! It spoils you!”)