“I have no intention of letting Contini crack his feudal whip over me!” Sir John Wilder

Van Meeren (Alan MacNaughtan), the Dutch financial controller of the consortium under Dr Vrieling (see Nothing’s Free) tells Wilder that a speculator is threatening the project. For political reasons, the first phase of the Italian development is a tourist development. A British company called Land Enterprises has bought up the property earmarked for the development and is asking a high price. The bank and solicitors of Land Enterprises are the same as Bligh Construction. “If this speculation is not yours, a lot of trouble has been taken to link you with it.” 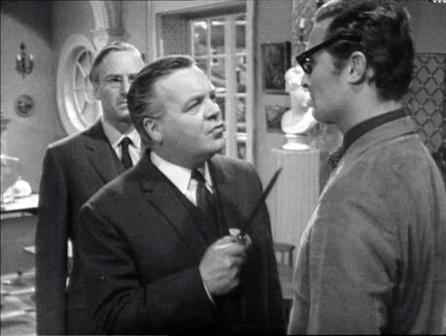 Wilder deduces that Bennett (Donald Pickering), the planner to the consortium is behind Land Enterprises and fires him. As Bennett is also son-in-law to Contini (Kevin Stoney) the politician behind the Italian side of the consortium, Van Meeren says this won’t be the end of the matter. Wilder tasks former Fraud Squad officer Edward Luke (Lloyd Lamble) with investigating Land Enterprises

Meanwhile, Caswell Bligh (Clifford Evans) wants Bligh Construction to fund a Chair in Civil Engineering at Garford University. He says this will establish “an attitude” which will be helpful in his political work. It will “put something back” into the industry. Ken Bligh (Peter Barkworth) is opposed, saying the company can’t afford it.

Contini meets with Treasury officer Grainger (Robin Bailey) threatening to break up the consortium unless Bennett is reinstated. However, Wilder refuses threatening to publicise the reason for Bennett’s sacking and let the Italian press speculate whether his father-in-law was involved in the scheme.

However, while Luke proves that Bennett was involved in Land Enterprises, there are two other property companies in Liechtenstein and Switzerland that he discovers with links to Don Henderson and Pamela Wilder! 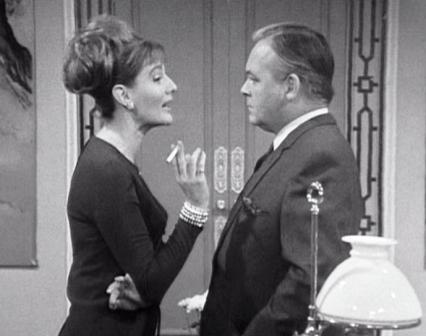 Using the construction industry expertise that would culminate in The Hanged Man (1976), Edmund Ward delivers a satisfying mystery for Wilder to solve. Like all good thrillers it has a ‘ticking clock’ in that Van Meeren is anxious to cut Bligh Construction out of the consortium if it can be proved that Wilder is behind the speculative buying of land . With the second series of The Power Game seemingly structured to ensure that the regular actors get more of the action, it is with hindsight inevitable that two of the companies should be set up by characters close to Wilder. Having said that, Ward offers credible explanations for their actions and also ensures that Van Meeren is convincingly unable to cut Bligh’s out of the consortium. 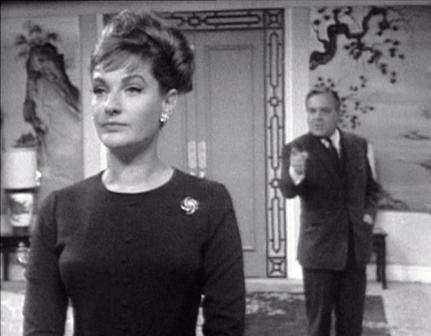 Director John Cooper oversees a spectacular argument between Patrick Wymark and Barbara Murray, circling around their living room as Wilder demands to know how Pamela has got involved in a land-grabbing company with Charles Grainger. Telling him she’s made a profit on her own capital which Wilder himself has relied upon in past ventures, she says, “I’m not a Victorian chattel – a mindless warming pan. Yes, I’ve made money! You don’t have the monopoly on profit. And with your record of risks you may be very glad of a cushion to land on when they kick the ladder away from under you!” Stabbing her cigarette like a lethal weapon she adds, “And with your penchant for affairs, I may be glad of a nest egg for my solitary old age!” 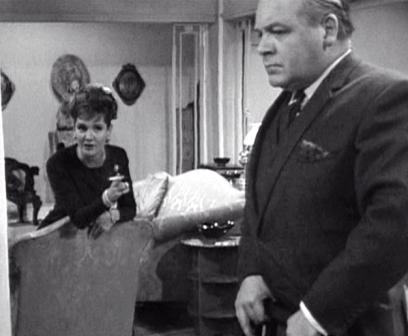 Regarding the land scam, Edmund Ward reflects a mood of occupational hazard. Wilder initially tells Van Meeren he suspects the architect Bennett because, “It isn’t me and it isn’t you. We would have taken a quiet profit. This is a greedy amateur profit. It must be Bennett.” And when Edward Luke finds proof of Bennett’s involvement he confirms the amateurishness saying, “it didn’t need much digging to find Bennett as principle.”

Ward’s script firmly reflects the year in which it was transmitted, with Pamela saying Wilder has a machine in the bathroom to measure his blood pressure and calling him The Complete 20th Century Executive with a touch of Batman (the Adam West TV show was a big hit that year, with a mass of merchandising already swelling shop shelves for Christmas). More telling, the economic situation was reflected in an exchange between Ken Bligh (Peter Barkworth) and his father Caswell (Clifford Evans).

“Your Promised Land’s arrived,” Ken tells his socialist father, “The indolent society. Where there’s no incentive to work 14 hours a day because the rewards are the same and we can all live like bus drivers.”

“Better than the old days, “ replies Caswell, “When 10% of the country skimmed the cream and the rest starved.”

The class war also raises its head when the artistocratic Contini refers to Wilder as. “Like a peasant in the market, bargaining for the best price for his pig!”

Jack Watling, as Don Henderson, demonstrates some independent thought, supporting Caswell’s plan to found a Civil Engineering chair at University by citing the brain drain saying, “We’re losing professional men at the rate of one a month. They’ve had this country.” When Wilder demands to know who is backing the land-grab company he’s set up in Switzerland, Henderson refuses to tell. “I intend to find out Don.” Wilder says. Reflecting back to the “Hoopla of Haloes” episode of “The Plane Makers”, Henderson replies, “I remember Corbett telling me that, more than once.”

Casting in this episode brings in three guest actors (Alan McNaughtan, Donald Pickering and Kevin Stoney) who would become regular faces on TV of the 1970’s and ‘80’s. However, it also features Lloyd Lamble, who was the octopus-handed sales director put in his place by Miss Lingard in the “Plane Makers” episode “A Matter of Priorities.” 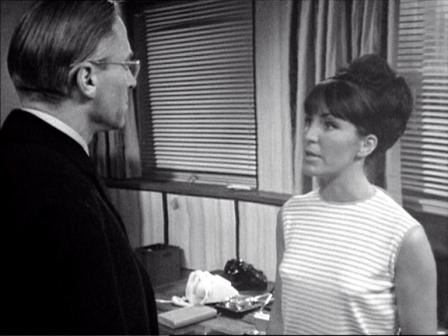 Curiously, the cast list includes Douglas Muir (Tom Bancroft in “The Plane Makers”) as a Professor. But although Wilder makes reference to being late for an NEB meeting where, “Caswell has found a tame professor”, Muir does not appear.