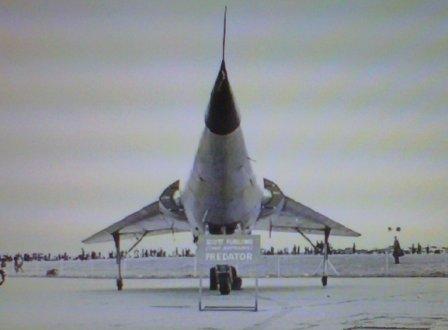 The first two series of “The Plane Makers” had been set against the background of the Government sponsored consolidation of the commercial aviation industry and cuts to military spending. The third series took a new direction with a focus on the military Vertical Take-Off and Landing jet.

The Korean war had proved the flexibility of helicopters which could land and take-off without the need for conventional air strips, but the next goal was for jet planes, either fighters or troop carriers, which could fly fast (preferably at supersonic speed) without need for airstrips.

NATO had put forward a specification for a light tactical support fighter, which all nations were competing for. In Britain, the Ministry of Supply had commissioned Short Brothers in Belfast to produce the SC1 research craft in 1953. Powered by four vertically mounted Rolls Royce engines, it was shown at the biennial Farnborough Air Show’s in 1958 and 1960 and the Paris Air Show in 1961, but never went into full production.

In 1957,Hawker Siddeley began developing the subsonic P1127 VTOL in 1957, followed by the supersonic Vertical SHORT Take Off and Landing P1154. Both jets used Bristol Aircraft’s Pegasus engine with four swivelling exhaust nozzles. Both prototypes were privately funded, without Government support, although once the jets had proved themselves, the Conservative Government made development grants. In addition, Hawker Siddeley began work on the HS681 VSTOL transport, designed to meet NATO specification for a troop carrier. 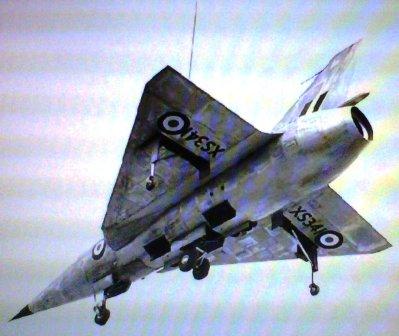 This background is reflected in the second episode, “Other People Own Our Jungles Now” when James Cameron-Grant MP questions why the Government should fund another VTOL when the UK already has two in development.

The fortunes of the VTOL reflect the danger of writing up-to-date drama. Not only did “The Plane Makers” have to accommodate a General Election days before its first episode, it also had to be aware of an incoming Government’s tendency to cancel the work of its predecessor. In February 1965, the incoming Labour Government cancelled the more adventurous P1154 and HS681 on grounds of cost. However, Hawker Siddeley did win a contract to continue the P1127, which formed the basis of the Harrier jump jet. 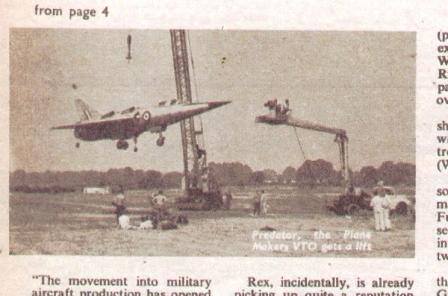 Of course, other countries were developing their own VTOL jets. The original VTOL engine concept had been a French innovation, and Dassault had produced the Balzac V, protype for the supersonic Mirage jet programme. Aviation enthusiasts detect a similarity between the Balzac and the VTOL developed for “The Plane Makers” (a similarity which was alluded to by a fictional French competitor in the episode, “The Golden Silence”).

Designed by a team headed by Ronald Fouracre’s team with advice from technical advisor Michael Jolley. Costing Ł4,000 and taking 2,000 man hours to construct the 48 foot long, 35 foot wing span model, the mock-up was used for publicity at the Biggin Hill Battle of Britain display. Strangely, no secret was made of the fact that the VTOL jet was hoisted on a crane, with the TV Times running a picture of the set-up in Demod Hill’s introductory article “Supersonic Rat Race”. One jarring comment in the story is Hill’s declaration that,“The Predator is no mere word in a script”. Ironically, this is true. While studio publicity calls the plane “The Predator” to distinguish it from “The Sovereign”, the TV scripts constantly refer to the plane as the “Veetol”. 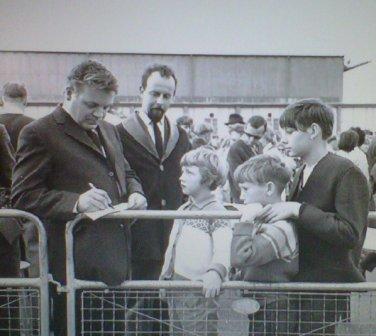