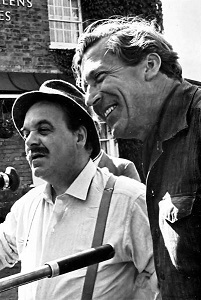 In 1965,the London weekday ITV contractor Rediffusion kept the newly award-winning Patrick Wymark occupied with Four of Hearts an umbrella series of four plays, loosely connected by the concept of romance .

In This Year's Girl by Allan Prior, Patrick Wymark played farmer Tom Delahanty. Every year he acquires a different girlfriend in order to placate his domineering mother played by Sonia Dresdel (The Fallen Idol and later the Witch in the BBC's Lizzie Dripping). 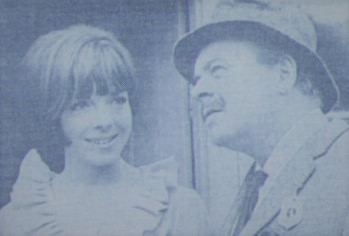 Carole Mowlam, who would later star as Fiona in Freewheelers (1969-1970), played London secretary Tracy, who comes to work for Delahenty, but gradually finds herself vying to become "this year's girl". Her rival, village post office worker Ann, was played by Anne Cunningham. Anne was one of the original Coronation Street cast members, playing Elsie Tanner's daughter Linda Cheveski for the first year of the serial. Leaving the series in 1961 she starred opposite Michael Williams and William Hartnell in one of the first series episodes of The Plane Makers (One of Those Days) and also appeared in This Sporting Life (1963) as Judith. She also played Ella in Bitter Harvest (1963), the truncated film adaptation of Patrick Hamilton's Twenty Thousand Streets Under the Sky . Tom Delahanty's real obsession is his herd of pride Herefordshire bulls, and director Cyril Coke took his cast on location to Benington Park Farm in Benington, Hertfordshire for three days to get the appropriate atmosphere. Coke had been working with the Jersey and Herefordshire bull societies to try and find a location that gave him the visuals he wanted but had drawn a blank. Then, someone at Rediffusion told him that his brother owned a farm near Stevenage and when Coke saw it, the farm turned out to be just what he was looking for. 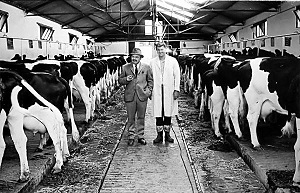 Hans, who was living on the farm at the time the play was filmed, recalls that Patrick Wymark and the bull "didn't get on. So the scene where the bull was loaded in the back of the lorry showed my father leading the bull." According to publicity for the play, Carole Mowlam was also wary of the bull. "Sometimes it was only about an inch away from me, and I was a little bit frightened. 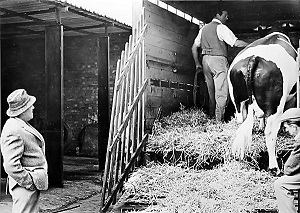 Hans also recalls that, "Delahanty visited one of the local pubs, The Cricketers (now The Lordship Arms ), where he accepted a bet to carry a sack of grain from that pub to one in a neighbouring village, The Gate in Whempstead. There were scenes of him staggering through the lanes carrying the sack, soaked in sweat." 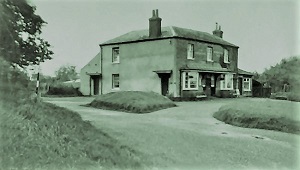 Four years later, Cyril Coke returned to Bennington Park Farm and the surrounding fields when he used it as a location in "One More River to Cross", the fifth episode of the LWT series Manhunt produced by Rex Firkin.As Hans notes, this provides a visual record of the farm as it was at the time, even though some of the outbuildings have now been demolished. 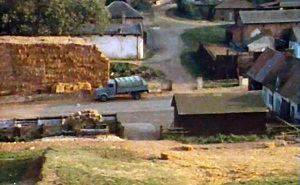 Many thanks to Hans for his memories and the photos which were sent to the farm workers as a 'thank you' by Rediffusion.

Return to the Four of Hearts main page