Tell Me Lies is an film put together by Peter Brooke and members of the Royal Shakespeare Company to capture their reactions to the Vietnam war. Patrick Wymark appears with Paul Schofield and Peggy Ashcroft in footage reading anti-war poetry. 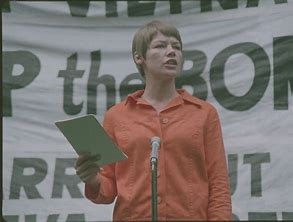 Brooke had originally led the Royal Shakespeare Company actors in putting together a play called US which the Lord Chamberlain (responsible for approving all plays performed in West End theatres under the Licensing Act of 1737) allegedly described as "bestial, anti-American and communist". Tell Me Lies appears to capture parts of the play but also presents scenes of drama-documentary showing a young couple (Robert Lloyd and Pauline Munro) trying to come to terms with their feelings about the war after seeing a photo of a young child scarred by napalm.

The film opens with Lloyd (who had played radical priest Jacques Roux in Brookes' Marat/Sade ) face on against a white screen singing a song reminiscent of "They're Changing The Guard At Buckingham Palace" and includes various theatrical set-pieces but also follows Lloyd around 1967 London on his cinema verite style search for answers.

At one point he comes across Glenda Jackson giving an anti-war address. When he tries to engage her in further conversation in the street, Munro accuses him of a more base motivation. "You fancy her!"(she's right. The film shows Jackson on the cusp of stardom and it's easy to see why the movies loved her). 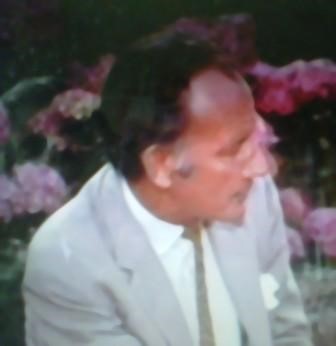 At one point the film features veteran war correspondent and TV journalist James Cameron discussing Norman Morrison, the American Quaker who burned himself to death outside the Pentagon in protest against the war in November 1965. At another point, we see Paul Schofield, Peggy Ashcroft and Patrick Wymark on stage reading anti war poetry. Wymark reads The Soldier's Declaration by Siegfried Sassoon*. There is no certainty in this play - the actors articulate their confusion. 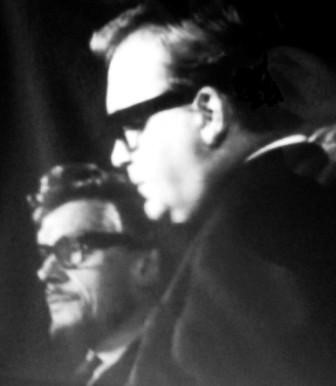 Opposition to the war in Britain was hugely controversial. Unlike Australia, there was no question of British troops being sent to support the war, so any opposition was on a purely political moral or intellectual basis. Even so, there were strong memories of World War Two and the Anglo-American relationship, and the Cold War was still active. When it was released in New York in February 1968, critic Renata Adler said it was, "an extremely trivial enterprise. The whole movie reflects the banal assumption that feeling is incompatible with reason (as though mindless emotional types have not always been the first to follow any display of naked power that comes along)". On the other hand, following the 2012 restoration, an internet commentator calling himself "Heathblair" wrote, "The opinions expressed here are raw, heartfelt and honestly confused - much like the war itself. One is left with the impression that those who occupied London's and indeed Britain's cultural high ground were feeling a sense of moral impotence and torment in the face of war's terrible realities. At the end of 'Tell Me Lies', the question of what price should be paid to fight a 'moral' conflict is left unanswered. Instead, we are left with a reminder that art and politics can offer no easy solutions to the legacy of war with its landscapes of broken bodies and destroyed lives."

* The Soldier's Declaration: "I am making this statement as an act of wilful defiance of military authority, because I believe that the War is being deliberately prolonged by those who have the power to end it. I am a soldier, convinced that I am acting on behalf of soldiers. I believe that this War, upon which I entered as a war of defence and liberation, has now become a war of aggression and conquest. I believe that the purposes for which I and my fellows soldiers entered upon this War should have been so clearly stated as to have made it impossible to change them, and that, had this been done, the objects which actuated us would now be attained by negotiation. I have seen and endured the sufferings of the troops, and I can no longer be a party to prolonging those sufferings for ends which I believe to be evil and unjust. I am not protesting against the conduct of the War, but against the political errors and insincerities for which the fighting men are being sacrificed. On behalf of those who are suffering now, I make this protest against the deception which has been practised upon them; also I believe that it may help to destroy the callous complacence with which the majority of those at home regard the continuance of agonies which they do not share, and which they have not sufficient imagination to realise."