THE MAN FROM THE OTHER SIDE

The most mysterious entry in Patrick Wymark’s filmography is the 1972 release, MANNEN FRĹN ANDRA SIDAN (The Man From The Other Side). The fact that the film was released two years after Wymark’s death adds to the intrigue. 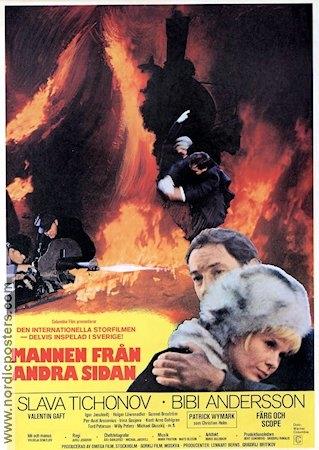 In 1920, the rail network of the Soviet Union was close to collapse with most of its rolling stock old and worn out. In order to hold the Communist empire together, the Soviet government placed an order for 1000 locomotives with the Swedish train manufacturer Nydquist and Holm AB (NOHAB ). Over the next four years, 500 trains were delivered before the deal fell apart. These were the bare facts on which “The Man From the Other Side” was based. In 1966, Swedish film company SF signed a ground-breaking deal with Gorky Film in Moscow to make a film about the deal. Publicity said the one million pound budget would make this the most expensive Swedish film ever.

Inspired by the success of David Lean’s 1965 adaptation of Boris Pasternak’s Doctor Zhivago, the producers tried to create an epic love story between Russian engineer Viktor Krymov (Slava Tikhonov) and Swedish Britt Stagnelius ( Bibi Andersson ). Tikhonov had starred in the 1966 Russian version of “War and Peace”, while Andersson was well-known for a string of Ingmar Bergman movies such as "Persona", as well as international movies such as “The Kremlin Letter”.

Presumably in order to give the film more international appeal, Patrick Wymark was cast as Christian Holm. It was very much trading on the John Wilder image, only as a Train Maker instead of a Plane Maker. 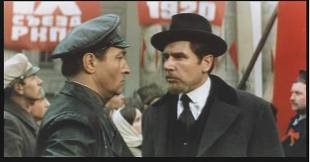 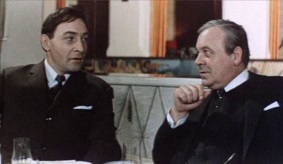 Facts about the movie are hard to come by, but it appears that the film suffered from considerable interference. The original director Mikhail Bogin, was replaced by the more established Yuri Yegerov, and the script by Russian-born journalist and screenwriter Vladimir "Volodya" Semitjov continued to be re-written. Krymov’s attempts to negotiate the train deal were spiced up with attacks by White Russians, at first trying to get their hands on the (presumably confiscated) gold used to broker the detail, and later attempting to ambush the locomotives as they approach the Soviet borders.

The original Swedish producers passed the project to another company, Omega Film AB, which began filming in September 1969. Unfortunately, Patrick Wymark began suffering persistent nosebleeds in October 1969 which led to his being hospitalised. News reports of his recovery in early November commented that this would hold up shooting on the Swedish-Russian film, but Wymark was obviously able to fulfil his commitment.

Filming continued until February 1970, but the editing proved to be very complicated and took more than a year to complete. Mannen Fran Andra Siden finally received its Swedish premiere in 1972, but received lukewarm reviews. The Russian version, Cheloveks Drugoy Storony is said to have a longer running time due to the inclusion of political propaganda. Although the dubbing studio of De Lane Lea is credited by some sources with being involved with the movie, no English language version is known to exist.

Rights currently reside with Telepicture Marketing Ltd who currently have no plans to release the film on DVD. 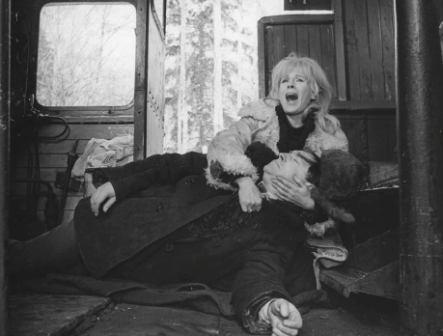