"Good Fellow, Wilder. Done a lot for the industry. But that sort of fellow needs a little opposition now and then." Sir Charles (Lloyd Pearson)

Arthur Sugden is on the short list for the new role of General Works Manager. But the search for the cause of last week's near fatal crash points to someone at the Radley Heath assembly plant. Wilder makes it clear that the Board is looking for a scapegoat.

With Wymark and Reginald Marsh named above the episode title once more, this story intensifies the conflict between Wilder and Sugden. Wilder has created the role of General Works Manager – to strengthen his control over the Scott-Furlong factories. The three contenders on the shortlist are all insiders – Ralph Bentley (nominated by the associate companies), Sugden (manager of the Radley Heath Works), and Ferguson (manager at Scott Furlong’s main plant). The other two men are graduate engineers, whereas Sugden has worked his way up from being an apprentice ( "Look at me - Dip. Tech."). Sugden's pride in being a Plane Maker is expressed when he explains the distinction between the main plant and Radley Heath; “At the main factory they make parts. We make aircraft. We create!” 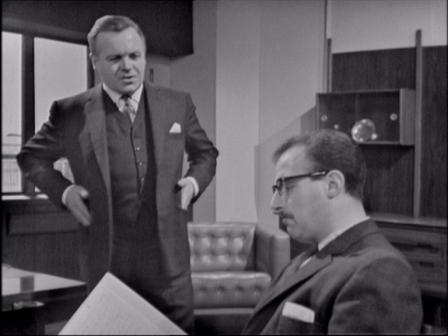 Wilder is in favour of Ferguson (“we work awfully well together”) and is against Sugden (“His technical experience is beyond question. But every man has his personal ceiling.”). Although the Chairman (Lloyd Pearson) tells Wilder that, "We'd better leave personal opinions till after the interviews," Wilder continues to lobby on Ferguson's behalf ("It's a question of upbringing. Background. I think he'll go far."). When asked about Sugden, Wilder concedes that, "He's an excellent technician...but it's a question of over-identification with the men. We need someone who can see things from our point of view." 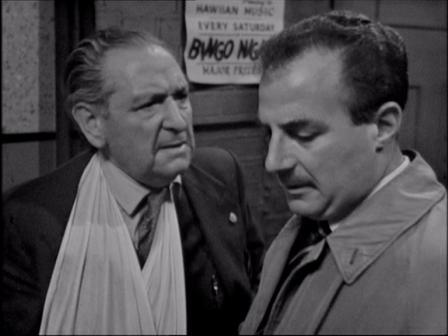 This episode provides the background for Sugden which will be fleshed out in future episodes*. We learn that Sugden’s father lost his job in Yorkshire during the pre-war depression and marched for jobs with his union. He was given shelter during the march by Ernie Lucas (Frank Crawshaw), before bringing his family south (a letterhead in a later episodes established the head office as being “near St Albans”). Arthur became an apprentice at Radley Heath, spent ten years as a union convenor, but also progressed to the position of works manager. In contrast to the Wilders’ home life, Arthur has a long scene with his wife Mary (Sheila Raynor) discussing how their life could be altered if he gets the job (they could get central heating). Arthur’s younger brother (Jerome Willis) is a fierce union man, but the 1960’s prospect of mobility through education is shown by Arthur’s son having qualified as a dentist.

*In future episodes, we learn that Arthur was born in Ossett. His father worked for Millbank Engineering, but was a militant union man, leading two strikes and being jailed in 1927 for obstruction. After the family came south, an unnamed manager at Scott Furlong bent the rules to pay Arthur a higher rate so that he could afford to complete his apprenticeship. This may have been the 1930's works manager, Arthur Hedges who later saved Sugden's career by taking the blame for an error of judgement. As a leading hand, Sugden was also active in the union, becominng an area level negotiator when quite young. Despite being in a reserved occupation, Sugden volunteered for war service. He achieved the rank of Flight Sergeant and could have gone higher, but clashed with officers on questions of safety. These details gleaned from the episodes: In The Book, A Condition of Sale, The Homecoming and It's A Free Country - Isn't It?

The title comes from a comment by old friend Ernie Lucas, “If you get the job, nobody’ll cheer you up or down. No-Man’s Land, that’s what you’ll feel like. Just waiting to be shot down.” It also represents the position of the Middle Manager. As Charles Handy observed*, "The managerial dilemma is always how to balance trust and control...the mistake that you tolerate in your subordinate may not be tolerated by your superior...Too much control is expensive, time-consuming and self defeating (but) trust can only survive one mistake." 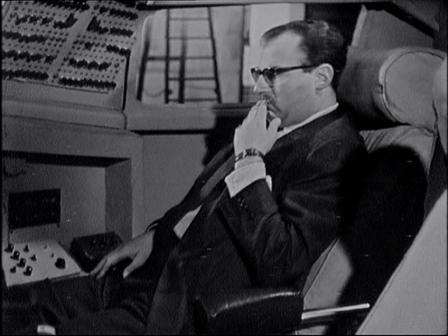 The spine of the story is Wilder’s quest to give the board someone to blame for the undercarriage failure in the previous episode. Wilder is not so much concerned with the truth as with demonstrating that someone has been punished. Examination of the aircraft's hydraulics points to sabotage. Wilder tells Sugden that if he can't identify the man responsible, "Penalise those you're unsure of and put the others on less vital work.", but Sugden is unwilling to make many suffer for one man's action. 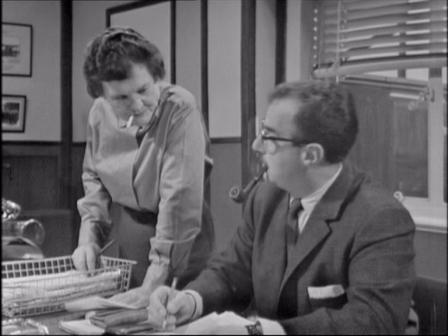 Sugden’s chain-smoking secretary Margie (Elizabeth Begley) checks the worksheets and determines that the supervisor who missed the sabotage was Sugden’s friend Ernie Lucas. The man who filed through the hydraulics has already been laid off (he vandalised the undercarriage as revenge for being given notice) and this leaves Lucas in line to be Wilder’s sacrificial lamb to the Board. However, Sugden is still not satisfied as to why Forbes got a signal to say the undercarriage was safely down. He keeps checking the plane and discovers that the electronics were tampered with to give a false safety signal.

At the board meeting, Sugden shows the sabotage was more complex than Wilders’ immediate assumption, and theorises that the saboteur did not want to harm anyone. He expected the undercarriage to fail on the ground during taxi-ing tests. This reminds the Chairman that Wilder decided to bring the test-flight forward although Sugden says, “I’m blaming no-one, sir. Except the person who did it.”

The board agrees to take the incident no further in order to avoid bad publicity. The episode ends with the Chairman telling Sugden that the Board was split down the middle, meaning that “there is no particular confidence in you or your ability.” However, they offer him the post of General Works Manager for a trial period of six months.

Leeds-born actor and playwright Leslie Sands was obviously considered an appropriate choice to flesh out the first episode to focus on the Yorkshire-born Sugden. As an actor, Sands would guest star in the 5th December 1963 episode of The Saint , taking the title-role of The Well Meaning Mayor ( Coincidentally, the coroner in that episode was played by Robert Sansom, who played the aviation minister in “Too Much To Lose”). Ironically, Reginald Marsh was born in London and grew up in Worthing although he is utterly convincing as Ossett-born Sugden. Like Sands, who had written Deadlock, Marsh had also written a stage thriller The Death IS Announced . In an early scene, Sugden is shown reading a crime thriller ('The Flesh and the Forelock') and he ultimately wins out by acting as a detective, refusing to rest until gets to the bottom of the mystery. 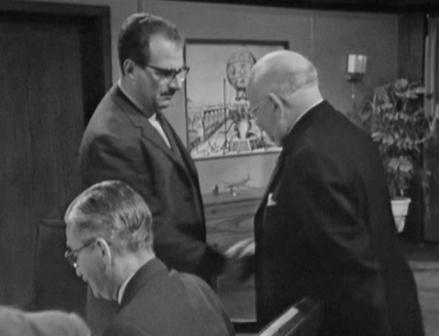