“Election promises – like naughty girls – should be made but not kept.” James Cameron-Grant MP

This series of The Plane Makers premiered four days after Harold Wilson’s Labour Government came to power. Obviously written and recorded before the election was called, the script treads a fine balance to anticipate all possible outcomes. When Sir Gerald Merle (William Devlin) tells Wilder that his job is to fight an election and of his conviction that his party will come to Government, Wilder retorts, "If only I was sure which party you represent!"

Don Henderson (Jack Watling) returns from Rome jubilant after having sold four more Sovereigns. But Wilder tells him to hand his prospects over to a deputy and concentrate on selling the VTOL jet. "How do I sell a military jet?" Henderson demands, "The Government orders what it wants and that's that surely?". Wilder disagrees. He's got Sugden and his men ready to pull Corbett's prototype apart and get it ready for production by January. To Wilder, the Sovereign is a declining product. "This time last year you were talking about 32 possible sales.". Wilder reminds Henderson that the airline industry exists on other people's money, and those who control the money are interested in potential.

Raymond Bowers uses several spheres of influence to introduce two new characters into the mix. Former journalist Laura Challis (Wendy Gifford) is the new personal assistant to the board of Elberdson's merchant bank - or more directly the Chairman, Sir Gordon Revidge. She takes some time to convince Wilder that he will now need to go through her before he gets the chance to lobby Sir Gordon. When Wilder fails to win the support of Sir Gerald Merle (William Devlin), she suggests her try James Cameron-Grant MP. As a former pilot, "He can at least fly a plane."

Like Merle, James Cameron-Grant (Peter Jeffrey) is a Labour MP, but the men are antagonistic in every way. Wilder needs Grant to win Government support for Scott Furlong's VTOL plane. Merle has his eyes on the post of Aviation Minister. Development of the VTOL had been funded by a Conservative administration (with Merle's unspoken agreement) and he does not wish to jeopardise his prospects in a Labour government by being seen to pursue further funding for a firm he is a director of. Grant is shrewd enough to unpick Wilder's motives. Revidge and Merle would prefer Corbett to produce the VTOL at Ryan Airframes. That way there would be no personal success for Wilder. Wilder needs to win Government funding to produce the VTOL at Scott Furlong. If he can pull it off, the Government would be grateful and that would be Wilder's way into the House of Lords. "No hustings for you!" But Wilder needs to have the funding in place before the election.

Possibly for the first time, the public saw how Members of Parliament are bought. Grant runs a public relations firm and he tells Wilder he cannot be hired to lobby for the VTOL. Instead, he suggests that Scott Furlong retains his public relations firm to promote the Sovereign with an unconditional budget not all of which I need spend"

Grant tells Wilder that he will act straight away by accepting an invitation to take part in a political talk show. One where Sir Gerald Merle is also on the panel.The sequence gives a good insight into what the ATV studios looked like devoid of scenery. 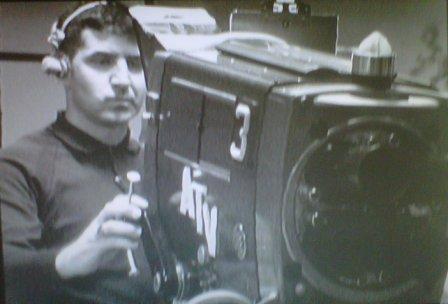 Everything seems genteel, with Sir Gerald cracking a few jokes, until real-life TV journalist Huw Thomas poses an obviously planted question about the costs of the VTOL. While Merle does a slow burn, Cameron Grant points out that Merle is a director of the group which is developing the VTOL. Grant acknowledges that the UK already has two VTOL jets in development. He asks what use the UK has for a third VTOL. He says it’s a plane designed for use in areas without conventional landing strips such as jungles but, “other people own our jungles now”. Grant says he will object to any future development of the VTOL. Sir Gerald is backed into defending himself, saying he had to balance the interests of the nation against any potential conflict of interest when considering the funding of the project and declaring that he will move heaven and earth to see that production funding is directed to the VTOL.

Wilder has got what he wanted, but knows that Grant could be either a formidable ally - or rival.

The middle act of the episode is devoted to an uncomfortable weekend at the Wilders’. Taking up Laura Challis' suggestion, Wilder instructs Pamela to invite Grant over for a social weekend. Grant had earlier made a strong impression on Pamela and both she and Wilder are surprised when widower Grant brings divorcee Challis as his guest. Unfortunately, Pamela Wilder has discovered that Wilder dined with Challis earlier in the week and suspects that Laura Challis is Wilder’s latest conquest.She spends the whole dinner laying verbal traps for Wilder. 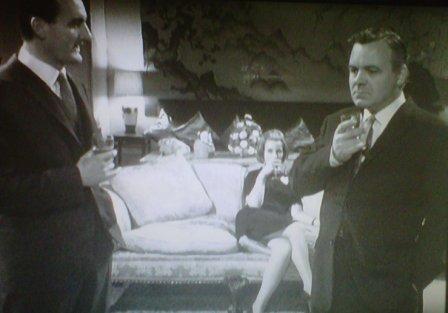 In a TV Times article introducing the new series of “The Plane Makers”, the TV Times had listed returning favourites like Reginald Marsh and Robert Urquhart and in the final line noted “Pamela Wilder played by Ann Firbank”. In his memoir, “High Drama”, Rex Firkin states that he had forgotten to engage Barbara Murray and she was already committed to the BBC’s The Indian Tales of Rudyard Kipling (July-December 1964) when the new series began. As a result, Ann Firbank was engaged to take over the role. Ann Firbank is an excellent actress, and if this had been the first time we had seen Pamela Wilder, she would have made the role her own. In a long running stage play, actors move on or understudies have to step in at the last moment. For some audiences, the character is defined by the understudy. But in a continuing television series, the audience has a physical memory of the previous actor. Ann Firbank delivers a vigorous performance. It's also unfortunate that Bowers’ waspish script casts Pamela in an unattractive aggressive light, especialy since Wilder is, for once, innocent of her suspicions .* 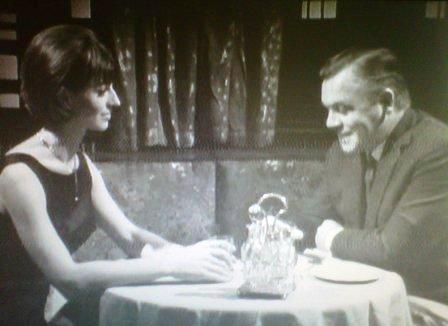 When we last saw Pamela, she had just stepped back from leaving Wilder, appalled at his treatment of Sugden, “tired of being a bystander at his Roman triumphs.” In this episode she goes on the offensive, circling to catch Wilder and Challis out in what she thinks is the beginning of an affair, undermining her husband at the dinner table and saluting Grant when he shows himself to be a match for Wilder. Seen in the context of the previous series, Pamela’s behaviour is understandable. But divorced from that context, in the body of a new actress, Pamela comes across as sarcastic and undermining – like something out of Edward Albee’s then current “Who’s Afraid of Virginia Wolf”.

Patrick Wymark delivers some first class sulking as Wilder sees his plotting undermined by Pamela’s mischief. Having failed to weave his web around Cameron-Grant, he is distrustful when the MP shows that he has anticipated Wilder’s offer to lobby for the VTOL. His one sign of pleasure is when Grant deduces that Wilder is enthusiastic about the VTOL because Government funding will put him outside the control of the bank and Sir Gordon Revidge. 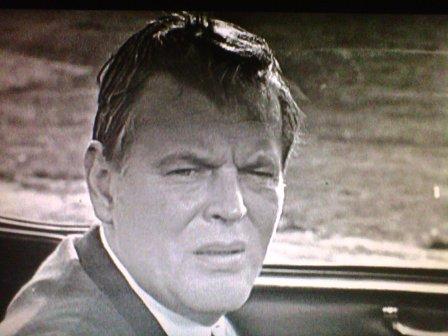 John Nelson Burton delivers an adventurous opening sequence. Returning from Rome, Don Henderson (Jack Watling) drives his sports car up the runway at Scott Furlong, suddenly spots Wilder gazing up at the VTOL. Cuts to a POV shot zooming up to Wilder and the jet. Wilder tells Henderson to concentrate on selling the VTOL, and while Henderson is mid-answer he turns to see Wilder already being driven off in his limo. 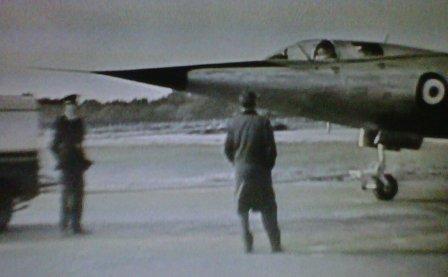