Corbett obtains proof that the production costs of the VTOL over the next six years will be one hundred million pounds more than Wilder’s original estimate. . 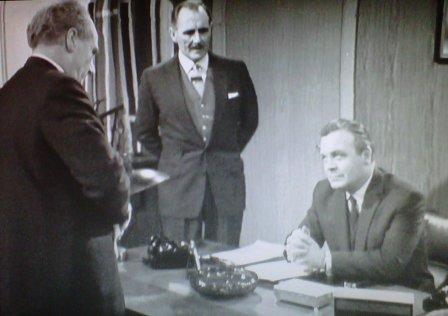 The decisive final episode of “The Plane Makers” once again keeps the audience guessing until the final moment. The first act implies that we’re going to see another board room battle when Sir Gordon Revidge nominates James Cameron-Grant as joint Managing Director of Ryan Air Frames.

However, Wilder sets Miss Lingard to research the clients of Grant’s PR company who are also suppliers of Scott Furlong. Wilder then phones the chief executives and tells them, “Seen from the outside that’s the kind of back-scratching job which can do the lot of us a great deal of harm. It’s the sort of thing the press are looking out for..”.

Faced with the potential loss of Ł200,000 worth of clients, Grant is forced to withdraw from the nomination. However, he is sanguine. He is well aware that Revidge was nominating him to create “another pawn in the game against Wilder.” Grant also tells Corbett that, “Conflict of interest is the first thing you learn to be aware of in the advertising business. But if I quote it, Revidge thinks I’m turning down a ripe plum – he gets offended. If Wilder does it form me, I’m still in the running for next year’s harvest.”.

“I remember, “ Wilder replies, “We were waiting for costs and we didn’t want to hang around for them.”.

Triumphantly, Corbett tells him that the VTOL costs will total one hundred million pounds more than the original estimate. “Because you were too greedy to wait. The methods you use may have worked ten years ago. They won’t work now! You took an aircraft on day one and sold it. What the customer really wants is something that can compete in year three! You may be able to deliver it, but not at day one prices!”

Wilder is well aware that the Minister’s reputation is tied to the VTOL project. After the public misgivings identified in “The Salesmen”, Challis and Wilder have spent a lot of time getting his confidence. As a result, Revidge says, “The Minister’s been trumpeting the VTOL in every speech he makes.”

Corbett is determined that the mistake won’t be swept under the carpet. He tries to enlist Grant’s aid in starting a parliamentary enquiry. When Grant turns him down he sends the report to Laura Challis hoping she will pass it on to Revidge. But Revidge is out in Dorset and Laura is disinclined to alert him (or Wilder).

Realising he can’t dispute the facts in the report, Wilder calls an early morning crisis meeting with Revidge and the Minister. He says their one advantage is that the figures need not have been published for another year. “The British love the little boy who owns up.”

Wilder suggests the Minister makes a statement in Parliament saying his department had been analysing costs, “to show your constant vigilance and concern about public funds.” While the figures are Corbett’s, “it’s not unusual for two financial things to go on at the same time. The Ministry has full access to the figures.” 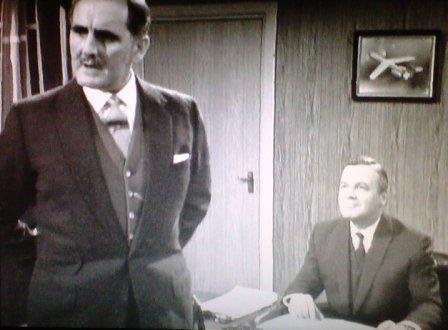 Finally, Wilder offers to be the scapegoat, with a letter of resignation waiting to be signed. John Harvey, as the Minister, is visibly relieved as he processes Wilder’s plan and sees his own career being saved. When Revidge demands to know Wilder’s price for signing the letter, the Minister jumps to Wilder’s defence. “I don’t think you quite appreciate the magnitude of Wilder’s offer!To my mind he’s behaving in the best interests of us all. I’m surprised at your tone!”

Turning to Wilder he tells him that his recognition in terms of public honours is long overdue. And Wilder then presses his advantage, asking for a seat on the Board of Elbertson’s merchant bank. “There’s no power there,” Revidge tells him. “Don’t you think I know it?” Wilder replies. 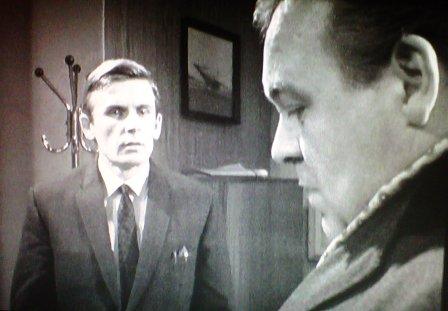 That evening, Wilder confronts Corbett in his office. He reads out a news agency report of the Minister’s statement about his department’s investigation into VTOL costs. Horrified, Corbett hears that the Minister thanked Wilder, “for his services to aviation” and that he is, “tipped to become Sir John Wilder very shortly.”

“You’ve still got everybody in your pocket haven’t you?”

“There’s a bit more,” Wilder tells him, “John Wilder has resigned as overall managing director in order to become a member of the board of the Revidge group.

Triumphantly, Corbett realises that Wilder is out.

“With a certain degree of free will, “ Wilder tells him, “I’d rather commit suicide than let you cut my throat. You made one mistake Corbett. You haven’t got the stomach for the real knife jobs.When you got those figures you shouldn’t have peddled them around. You should have done your own dirty work. You’re still an amateur!” 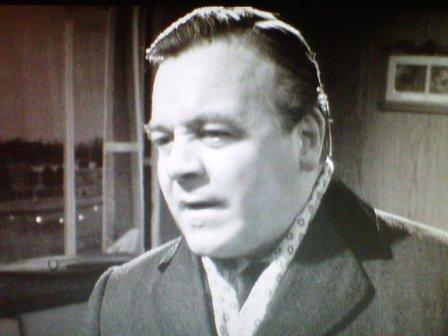 “The Firing Line” brings “The Plane Makers” to a conclusion with Wilder walking out of the office building during the end credits. As Wilder walks to the lift, the doors close in his face and he turns to walk down the stairs. 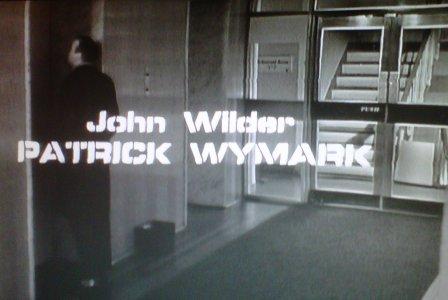 Earlier on, other stories are tied up. Grant and Challis decide to bunk off to Kew Gardens rather than observe the gathering storm. Don Henderson and Henry Forbes are sent off to Milan for a conference."It's almost as if you're clearing the decks" Henderson guesses.

Pamela Wilder visits Laura Challis at her flat, telling her, “I envy you female tycoons. At least you’re not alone all day with the temptation to hit the bottle at eleven. Feeling furtive when the housekeeper catches you.”

Laura admits that Grant regards any business move she makes to his advantage “as a sort of unsolicited dowry” and asks if she should warn Wilder about Corbett’s cost analysis. Pamela replies that, “certain people, like John, don’t really feel independent unless they bite the hand that feeds them. You can’t help them. They have to do it on their own.” 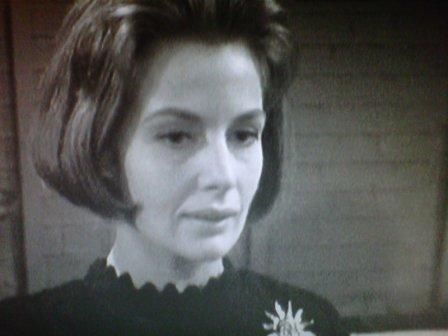 When Challis says Wilder can’t win this battle, Pamela says he’ll try. “They’ll all try. While the wives wait. Patient, familiar bed-warmers. Ful of vitamin pills for the ego. Somewhere to come back and get the next store of energy for the next day’s bout of infighting. Corbett, Revidge, James Grant, John. All shuffling round the same board. Manouevring. They’ll all become old men without ever once getting off the board.”

There’s another spot of pre-destination when Joby Blanshard plays computer programmer Peter Mollett. Within five years, Blanshard would play Colin Bradley, who built and designed the computer in the BBC’s “Doomwatch”. Although Mollett does not have the blatant Yorkshire accent of Colin Bradley, he is very much the same type of character, slightly offended when Corbett asks for a check run of his results (“No reflection on your results. I double check everything,” Corbett says. Mollett is one of the few uninfluential characters both Corbett and Wilder speak to with respect). 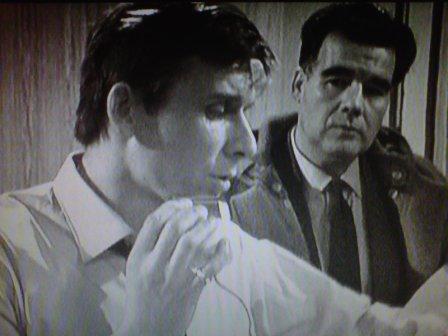 Edmund Ward’s script provides a satisfying conclusion to “The Plane Makers”. With Patrick Wymark reportedly tiring of the series, it was not surprising to see him walk away from Scott Furlong. However, the conclusion of the rivalry between Corbett and Wilder is surprising. While Corbett thinks he’s won, he is left as managing director of Ryan Airframes having to explain the cost over-run. And of course, the far more politically aware James Cameron-Grant is waiting in the wings. What no-one could have known at this point is that within four months the new Labour Government would cancel several military aviation projects. For “The Plane Makers” the end really was near.