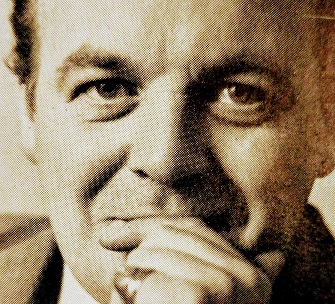 The Soldiers Tale was a piece conceived by composer Igor Stravinsky and writer CF Ramuz to be spoken, played and danced. Patrick Wymark played the Devil in the translation by Michael Flanders and Kitty Black, first mounted at the Edinburgh Festival by former dancer, choreographer and director Wendy Toye ( The Stranger Left No Card).

Patrick Wymark was starring in the tour of The Cherry Orchard when he was asked to take part in Wendy Toye's production of The Soldier's Tale at the 1967 Edinburgh Festival. Since The Cherry Orchard was also due to put on several performances at the Festival, this dovetailed well.

Based on a Russian folk tale, the piece tells the story of Joseph, a Russian soldier who is returning home on leave when he encounters the Devil in disguise as an old man. The Devil convinces the soldier to trade his fiddle for a book predicting the future and also asks him to spend a few days teaching him to play the fiddle. When Joseph finally returns home, he learns that he has been gone for three years. Believing him dead, his fiance has married another man. Although the soldier acquires great wealth, he loses everything that makes life worthwhile, including the ability to play the fiddle. Moving to another country, he learns that the King's daughter is ill, and her hand in marriage has been offered to anyone who cures her. Joseph discovers that the Devil is now disguised as a virtuoso violinist, and takes the advice of the narrator to trick the Devil. Winning back his fiddle, he recovers his musical ability and revives the Princess. 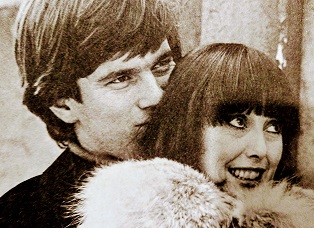 Actor Nicky Henson, who had played Mordred in Camelot (1964) took the part of the Soldier, while his wife Una Stubbs (Til Death Us Do Part, Sherlock) danced the part of the Princess who he eventually rescues from the Devil. Gordon Jackson, who was about to appear with Alec Guinness in Simon Gray's play Wise Child, narrated the production.

Under the auspices of Scottish Opera, the production put on six 11 am performances of The Soldier's Tale from 4 to 9 September at the Church of Scotland’s Assembly Hall on the Mound. Wendy Toye's simple but effective staging used an imaginative set design by the legendary Carl Toms, already well-established as a set designer.

Scottish Televison televised the production at 8:30pm on Tuesday 4th September, although unfortunately the transmission does not appear to have been picked up by the rest of the ITV network.

After the Festival, Nicky Henson's next job was as puritan trooper Swallow in Michael Reeve's Witchfinder General. Coincidentally, although Patrick Wymark continued with the tour of The Cherry Orchard, he was able to use his free mornings to film his cameo as Oliver Cromwell in the movie.

Patrick Wymark returned to the role of the Devil with a new cast on April 10, 12 and 13 1968 for Scottish Opera's Spring season at the Perth Theatre, Scotland. The Soldier was played by Ray Davis, who had appeared in the chorus of the then-unreleased film Chitty Chitty Bang Bang, and would go on to play Coggins in the 2002 stage musical at the London Palladium. Nicky Henson, Una Stubbs and Gordon Jackson would also return to The Soldiers Tale in September 1970 when The Young Vic revived Wendy Toye's production. Desmond McNamara (Cousin Tel in Hazell)played the Devil in this production.