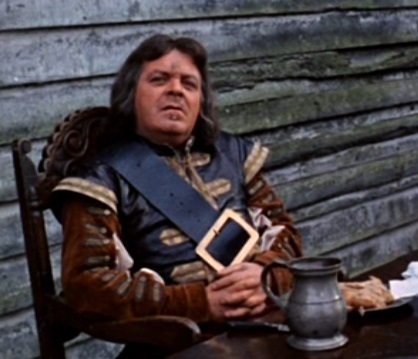 Patrick Wymark was well-known for his impersonation of Sir Winston Churchill - yet he also had a second-string as Oliver Cromwell. Perhaps it was no coincidence that one episode of The Plane Makers referred to Wilder's "Cromwell Complex." Wymark admitted to being "intrigued" by Cromwell, who he believed was, "a passionate man, misinformed and misdirected by himself." He contrasted Cromwell with Wilder who, "is only out for himself. Cromwell had a mission for the future of England." 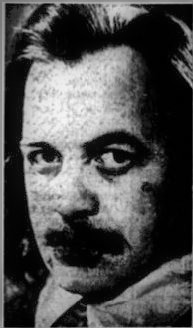 Oliver Cromwell described the decision to execute King Charles the First as a 'cruel necessity' and this play by David Lytton (who had acted in some of Peter Dews' earlier productions) dramatized the events. Patrick Wymark played Oliver Cromwell, aware of the dangers of executing a king, but convinced of his own divine guidance.

Dews' casting of David Williams as King Charles was significant in terms of Wymark's career. Williams ( who had played Richard the Second in Dews'award-winning 1960 series 'An Age of Kings') was also artistic director of the New Shakespeare Company at the Regent's Park Open Air Theatre. During the summer of 1962, William had played Oberon in his own production of A Midsummer Nights Dream, while Patrick Wymark played Bottom (John Sterland, the CIA man in The Power Game episode Drinks On A Sunday played Flute).

The cast included other performers who Dews regularly engaged - future theatre director Patrick Garland played Henry Ireton, one of the Commissioners who signed the Kings death warrant (the Michael Jayston role in the cinema film Cromwell). Julian Glover played Colonel Thomlinson, who took charge of the King up to his execution. Jerome Willis took the role of the Lord General Fairfax*. Fairfax had led the Parliamentary forces to victory over the Royalists at the Battle of Naseby and became the effective head of Government when the Army removed their opponents from Parliament. However, while Fairfax agreed that the King should be punished for trying to raise his own army, he was opposed to executing him and refused to take part in the tribunal. His resignation from Government left the way clear for his more politically astute subordinate Oliver Cromwell.

( While Fairfax could not bring himself to execute a King, it should be noted that his conscience allowed him to execute Robert Lockyer, leader of the Bishopsgate mutiny and part of the Leveller movement demanding greater democracy.)

Writing in the Daily Herald, Philip Phillips found that Lytton had ruined the play by portraying Charles I as "a noble martyr. There was no hint in this play of the dreadful civil war into which Charles had plunged the nation." While David Williams was "sensible and efficient" as the King, Patrick Wymark, "did what he could with the character of Oliver Cromwell. But he also seemed to need a pair of horns. However, the Belfast Telegraph thought both lead actors stood out, noting Wymark's "warts and all" performance. 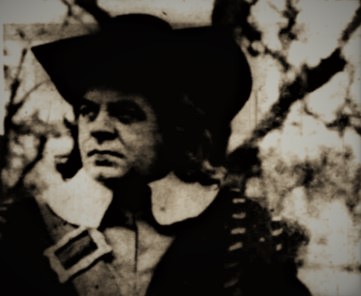 Roundhead and Royalist was an ambitious series of 13 programmes studying the conflicting loyalties at the time of the Civil War. The series was made by doomed ITV London contractor Rediffusion to fulfil the educational requirements of the Independent Television Authority. Despite the participation of Wymark, now award-winning and star of ITV's number one TV show (The Power Game) the series was thrown away at a time when schedules were dominated by The 1966 World Cup.London screened the series at 11.17 pm on Tuesday nights, with other ITV contractors screening it at diverse times - Sunday lunchtime for Tyne Tees, 11.40pm for ATV. The series was produced by prominent Christian and Liberal Guthrie Moir, who was also assistant controller of Rediffusion TV, and boasted a strong cast. Wymark was now Television actor of the year and star of The Power Game. The cast also included Marius Goring as Sir Roger Twysden, who attempted to contract out of the Civil War, and Michael Coles as Leveller John Lilburne. Each episode took the form of an academic lecture interspersed with dramatisations. In the first episode, host Ludovic Kennedy set the context of a world in which only one in ten survived til the age of 21, before embarking on a question-and-answer session with Dr Matthew Cranston.

Reviewing the episode in Television Today, Marjorie Norris thought that Wymark once more identified Cromwell as a villain with "the lip-smacking brutality of a letter about a massacre in Ireland." By contrast, Henry Soskin as Charles I "conveyed every emotion of a man about to die a gruesome death and determined to go with dignity." Soskin would appear in two episodes of the first series of The Plane Makers, as well as series like The Saint and The Champions. Under the pen-name of Henry Lincoln, he co-created the Dr. Who monsters, The Yeti, and would co-author the 1982 best seller The Holy Blood and The Holy Grail, which created the Rennes Le Chateau mystery.

Ironically, while Wymark thought deeply about Cromwell's motivation, he portrayed him in two shows which set him against a saintly Charles I. Wymark himself seems to have taken the view that Cromwell was a kind of fascist - albeit one who intended to democratise England.

Wymark would make one further portrayal of Cromwell when he was asked to take part in the Tigon movie....

The movie starred Vincent Price as Matthew Hopkins and Wymark was effectively providing his UK name value. British newspaper ads for the film would focus on Wymark, together with Steptoe and Son star Wilfrid Bramble, who contributed an equally brief cameo as a horse trader. Filmed in September 1967 on his day off from the tour of The Cherry Orchard, Wymark's scene once again inflates the myth of Cromwell as strategic genius leading the roundhead army to victory. However, since the film fictionalises the life of Matthew Hopkins, it hardly seems fair to complain about the treatment of Cromwell. .

Wymark as Cromwell is finishing a meal with his officers who compliment him on his victory at Naseby. Wymark replies that he would prefer that it went down in history as a "triumph for Godliness". He then calls the film's hero, Ian Ogilvy over to the table saying, " Among the most pleasureable aspects of victory, gentlemen, is the opportunity to reward valour". Ogilvy's character is promoted to Captain and given the assignment of finding the fugitive King.

In fact, Wymark contributes more than just his name value to this scene. His Cromwell is a brief portrait of a tough man of power - modest in victory -pausing briefly before moving on to the next conquest.

Coincidentally, Nicky Henson, who had appeared with Wymark at the Edinburgh Festival in The Soldiers Tale plays Ogilvy's sidekick although he doesn't accompany Ogilvy's character to the meeting with Cromwell.

Ironically, Wymark would also be also cast in Ken Hughes' biopic of CROMWELL although this time on the Royalist side as Strafford. 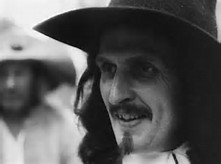 Jerome Willis as Fairfax in the 1975 film Winstanley.

Willis, (who would go on to play Matthew Peele in The Sandbaggers and Rexton Podley in Space Precinct) repeated the role of Fairfax in Kevin Brownlow and Andrew Mollo's 1975 film Winstanley. This was adapted from David Caute's novel Comrade Jacob which dealt with the agrarian socialist movement known as the Diggers. The novel had already had been adapted by James MacTaggart for the BBC in November 1961, and Willis had also appeared in this production (playing a different character). The 1975 film was made at weekends, mainly with amateur actors. Willis accepted the role as a 'passion project', working for Equity minimum to help deliver a film attempting true historic accuracy. His performance as Fairfax is said to have, "carried genuine conviction and neatly demonstrated the persistent lenience of Fairfax to the Diggers attested to in numerous primary sources." (Andrew Hopper; Images of Fairfax in Modern Literature and Film).Unfortunately, despite the strong commitment to historical accuracy, David Caute removed his name from the film because it ignored Winstanley's semi-religious, mystical fervour.