“You are to be my fellow hound, Jim, and we are going to harry Wilder until he drops.” David Corbett.

John Wilder has never taken a holiday in his adult life. So Corbett is suspicious when Wilder goes away for two weeks leaving only a Post Restante address in Naples. Learning that Wilder recently visited a Harley Street specialist, Corbett deduces that Wilder is unwell and plans the “compulsory retirement of a worn out man.” .

In Wilder's absence, Corbett is next-in-line to sign off Don Henderson's expense claim. The sales director has spent the weekend in Amsterdam between business conferences in Rome and the Hague, and what seems like a petty argument is actually an attempt to smoke out Wilder.

Henderson’s expense file has given Corbett the clue to Wilder’s illness with a claim for a hire car to pick Wilder up from neuropharmacologist, Doctor Renckel. The file also shows that Wilder and Henderson visited a hotel popular with Americans. Rather tenuously, Corbett concludes that they must have been meeting Americans. And that ties in with an anomaly in Henry Forbes’ expense file. He flew to Ottawa on a sales trip, but flew back from New York with no audit trail to show how he got from Canada to America.

Corbett suspects that Wilder’s Americans and Henry Forbes’ return from New York are connected. He freezes Don Henderson’s expense account and then orders him on a sales trip around Europe assuming that he’ll complain to Wilder and this will force Wilder to get back in touch. Grant points out that, “You’re assuming Wilder worships Henderson as much as Henderson worships him. Wilder only worships Wilder. Indeed his worship of himself only exceeds your worship of yourself in its frankness, which is why it’s more tolerable.” However, both Henderson and Forbes see through Corbett’s tactics and decline to contact Wilder.

Fans of The Prisoner may see a few parallels here with Corbett acting as Number Two and Grant acting as Number Six. Posing as a potential patient Grant visits Doctor Renckel (David Langton) who explains his discrete methods. The patient tells friends that he’s going on a fortnight’s holiday leaving a Post Restante address. They stay at a villa where the cook works for Renckel and the “man about the house” is a trained nurse. After two weeks the patient sends a telegram to say he’s decided to stay on for another fortnight. At the end of the month he is cured. Grant asks what happens if the patient just needs a rest. Renckel says he offers both rest and treatment – the only difference is which villa you reside in (again, if this has overtones of The Prisoner, just note that Renckel has SIX villas all known by their colour. All we ever learn is that Wilder is staying at the Blue Villa).

Back at Scott Furlong, Henry Forbes is undergoing a simulated change of altitude in a pressure chamber. Rather than sending pilots to use the official pressure chamber at Farnborough, Scott Furlong can test its pilots on site. High altitude produces a condition similar to drunkenness and the scene in which Henry struggles to write a simple list with audibly laboured breath is genuinely unsettling. Grant sees Corbett trick the befuddled pilot into revealing that he and Wilder visited Greater American Airlines. Corbett reasons that the only component of the VTOL that could interest a commercial airline is the pressurisation. He decides to contact the airline and close the deal, snatching the victory from the absent Wilder.

However, James Cameron-Grant turns the meeting with GAA’s European Manager to his own advantage when the American takes an interest in Scott Furlong’s pressure chamber. The staff doctor is proud of it saying, “It only takes a jiffy compared to the Farnborough method.” Grant suggests that Corbett demonstrates the chamber. Untrained for altitude, Corbett is unable to complete a simple building blocks test and suffers a headache as an after-effect. After Corbett’s reactions have been analysed, Grant confronts him with his medical report which shows that he’s very ill, suffering from hypertension. Grant tears the file up saying, “I’ll only exchange this at the right time for one article of furniture – and that’s the one you’re sitting in.”"

An interesting episode although like Hitchcock’s description of the MacGuffin, the secrets at the heart of the story are ultimately less intriguing than the methods used to expose them . The tactic of using expense accounts to uncover the past and coerce staff is entertainingly done, and Alan Dobie assembles his facts as convincingly as his later incarnation as Sergeant Cribb . Since Corbett is using the expense report for an unintended purpose it doesn't give him all the information he wants. Corbett questions why the accounts department didn’t ask Henry why there was no claim to show how he got from Canada to New York. He is told that they usually try to cut down claims rather than encourage them.

Last week’s teasing explanation ( Appointment in Brussels ) of Wilder’s methods, raises the question of whether Wilder's holiday is one more false trail laid to distract Corbett. Why would Wilder have Henderson collect him from the specialists in a hire car, rather than use his own driver? We saw Wilder taking pills at the end of “The Island Game” after protesting to Henderson that, “I’m not losing weight – and I sleep very well – I’ve taken nothing stronger than an asparin for months!”. Having pensioned off Bill Ryan on health grounds (following a conversation with the company doctor intended to warn Wilder to slow down) Wilder may have gambled that Corbett would jump to the same conclusion. .

Laura Challis gives her own verdict on Wilder when she says that you, "Always know who he is and what he is."However, that verdict may be tainted as Laura (Wendy Gifford) is trying to understand what her position is with Grant. As an MP and a widower, will there be a time when it is right for him to marry, and will she be the one he marries? Even with Laura, Grant can't be open: "If I ever needed to marry, I would consider you second...I would consider myself first."

It's interesting that Corbett is naive enough to assume that Grant is an ally, but Grant is straightforward enough to make his independence clear. After watching Corbett interrogate Henderson over his expense account, Grant tells Corbett that , “Anyone who questions my expenses puts my dignity at doubt, which I don’t mind; but also my ingenuity, which I do.”

Similarly, Grant’s distaste after Corbett exploits Henry Forbes suffering in the pressure chamber, is clear to see. It’s easy to infer that he resolves to pay Corbett back at this point, although a less charitable conclusion is that Grant has just seen a way to adance his own position. 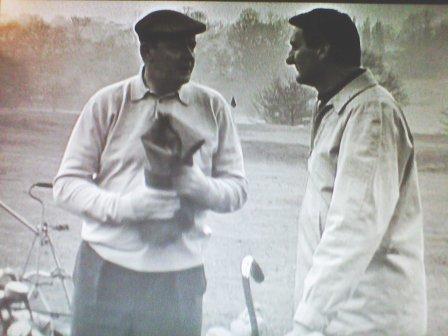 The most significant scene in this epigram filled episode is the one in which Grant and Forbes play golf while Grant is still trying to discover Wilder’s whereabouts. Forbes compares Wilder to Corbett saying, “One man enjoys fighting and winning. The other simply enjoys winning.”

“Robber Barons are gentlemen,” Grant chides, “But usurping serfs are not?”

Unimpressed, the pilot replies, “No. One man knows how to behave. The other simply doesn’t want to learn.”

“Yes,” the Labour MP replies, “But some men don’t get the chance to go to the right schools. Some men feel under privileged. That, I’m told, enormously increases their appetite as well as their cunning.”

"Good God," Forbes retorts, “Don’t you know what sort of an education Wilder has? He’d never forgive me if I told you.”

Catching on, Grant says, “You have. Why should he be ashamed of it? Belated snobbery?”

“No. A disinclination to make excuses for himself. Has it never occurred to you that Corbett’s actually glad he went to ‘Redbrick’ instead of to Oxford? He expects to be forgiven his crudities, tolerated for not knowing any better and he claims advantage from supposed handicaps that Wilder would never even mention. One man always runs from ‘scratch’ Jim, and the other always claims that the world owes him a start.”

Grant is frustrated. “How disappointing. I thought you were reassuring me that chaps like us are bred for the top but there you are saying that urchins like Wilder can climb up and pass themselves off as to the manor born. Very disturbing. If Corbett suddenly sprouted a halo I wouldn’t mind because I’ve always detested and disapproved of aesthetics and saints. But now Wilder’s suddenly sprouting a whole hoopla of the things and it shatters my faith in sinners…”

In his very first episode, Wilder was described by Peter Humphreys as having been, “climbing all his life and now he’s balanced at the top of the tree. ” 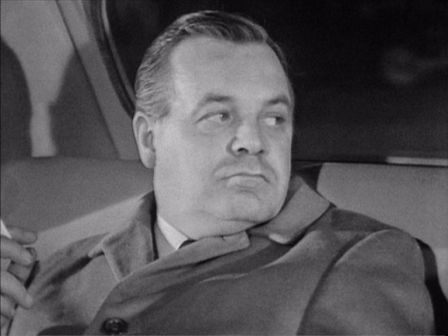 In the January 1964 episode “The Smiler”, the character of Harvey Graves (played by James Villiers) calls him ‘poor Johnny Wilder’ and says he “has more guts and push than anyone I know..but feels he’s not quite accepted. We all have our dreams and John feels his spiritual home should be with the landed gentry.”

As the series draws to a close, we learn that Wilder is a self-created man. The question is - how long can he survive?